A priest campaigning for the ruling BJP in Gujarat was attacked last night, two days before parts of the state vote in the first round of assembly elections on Saturday.

Swami Bhaktiprasad, a priest of the Swaminarayan Gurukul, was attacked by unknown people, so nothing can be said for sure. 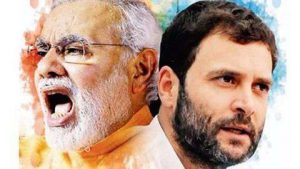 The priest was campaigning for the BJP in an area in Junagadh when he was attacked. He was taken to hospital, where his condition is said to be stable.

He has alleged that workers of the opposition Congress were behind the attack.

Gujarat will vote tomorrow and on Thursday for a new 182-member assembly. The results will be declared on December 18.

The Swaminarayan temple has two sects and the one led by Swami Bhaktiprasad has always supported the ruling party.

Stay with NewsMobile for more updates on the elections.