Amidst the era of angry men, raise yourself a sweet son | Newsmobile
Sunday, December 4, 2022

Home Home Slider Amidst the era of angry men, raise yourself a sweet son
ShareTweetGoogleWhatsappPrint
Mail

We have come to diagnose that its time to teach our sons sweetness, because strength lies in being sweet and kind. Because this is what the world needs now, urgently: sweet boys and people who grow them.

There are so many angry men among us. There are angry women, too, but they’re only beginning to claim this emotion that has long been denied them. Women’s public anger delivers deliberate messages, it’s pussy hats, and #MeToo. It’s the kind of anger that gives girls voices. Men’s anger tries to shut down the voices of others. Today’s angriest women galvanize; today’s angriest men murder. 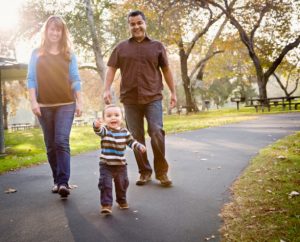 We’ve seen millions of acid attack cases, where the men got agitated by the fact that he is not getting what he wishes to and so he decides to harm the woman. Domestic violence is on a rise and the woman decides to keep shut about it because what if the husband gets more angry.

Its an era where girls are encouraged to be both fierce and kind, simultaneously strong and compassionate. The t-shirts that declare “Girls Rule the World” offer an empirical falsehood, but at least the aspiration is there. Boys have always known they could do anything. Girls have always known they were allowed to feel anything — except anger. Now girls, led by women, are being told they can own righteous anger. Now they can feel what they want and be what they want.

While girls are encouraged to be not just ballerinas, but astronauts and coders, boys, who already know they can walk on the moon and dominate Silicon Valley, don’t receive explicit encouragement to fully access their emotions. Boys are still snips and snails and puppy dog tails. We leave them behind from birth. Walk into any baby store, and you’re greeted immediately in the boys’ department by brown and neon green layettes festooned with sharks, trucks, and footballs. Onesies for newborns declare, “TOUGH LIKE DADDY.” The boy taught from infancy to be tough is emotionally doomed. One should also have a  “RESILIENT LIKE MOMMY.”

We don’t need to raise kids with gender neutrality or deny intrinsic differences between boys and girls. We do need to recognize that children, regardless of gender, harbor innate sweetness that we, as a society, would do well to foster and preserve.

Nearly a century ago, the poet Louis Untermeyer painted a powerful portrait of the “large and quiet kindness” of his father with:

That drew all men, and made reluctant hands

Rest long upon your shoulder.

The world made well again and strong—and sweet.

If we’re all lucky enough, the sweet boys and the fierce girls will grow up to save us all.