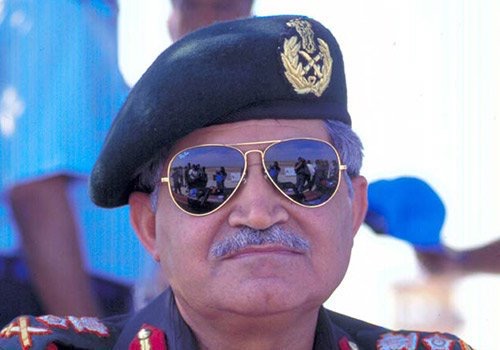 Ishteyaque Amjad, Vice President, Public Affairs and Communications, Coca-Cola India and South West Asia said, “We are proud to have General V P Malik as the Chairman of the India Advisory Board. He has been associated with us for many years and we have been benefitted by his guidance, leadership and vision. General Malik’s life and professional experience inspires us to become better in our pursuit to create value for India.”

Speaking on the appointment, General VP Malik (Retd.) said, “I have had the privilege to be associated with CCIPL for years and I am humbled by the trust reposed by the Advisory Board in me. The company is on a transformative journey to offer more choices for beverages to consumers and help Indian farmers through the Virtuous Fruit Circular Economy initiatives. This is definitely an exciting time to make a significant contribution to the strategic direction of the firm.”

Well-known for his exceptional command during the Kargil War, the former Army Chief is a recipient of the prestigious Param Vishishta Seva Medal (PVSM) and Ati Vishishta Seva Medal (AVSM). His honours include ‘Excellence in Leadership’ award by Atur Foundation, Distinguished Fellowship of the Institute of Directors, New Delhi and ‘Pride of the Nation’, award by the Doon Citizens’ Council.

General Malik retired from service in September 2000, and has since been engaged with numerous committees, including two terms with the National Security Advisory Board. In 2007, he was part of the panel to select and rank Top Companies for Leaders in Asia Pacific Region by Hewitt Associates and Fortune Magazine. Currently, he is a member and advisor on the board of some well-known multinational companies.