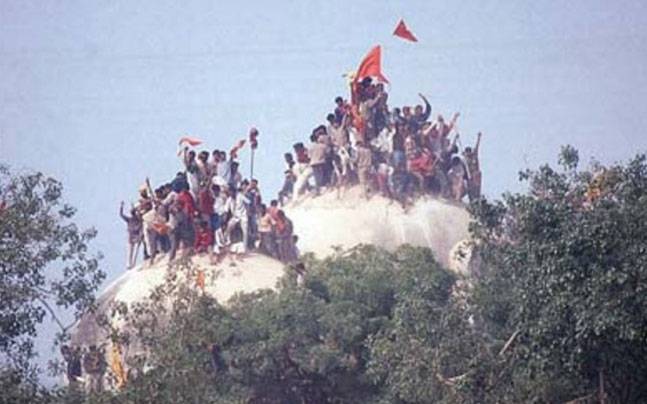 BJP and Congress today engaged in a bitter war of words over the remarks of veteran congress leader and Lawyer Kapil Sibal in the Apex court. The senior lawyer who was representing Sunni Waqf Board in Ayodhya title dispute case today pleaded before the court to defer the hearing of the case post-2019 elections.

Mr Sibal stated before the three judge bench comprising CJ Dipak Misra and Justices Ashok Bhushan and S A Najeeb that decision of the Babri Masjid-Ayodhya dispute will have severe ‘repercussions outside the Court.’

He also argued that as the ruling BJP in its election manifesto mentions about the Ram Mandir issue so the issue should be heard after the elections in 2019. He objected to the fact that the case is being heard due to the insistence of Senior BJP MP Subramanian Swamy.

BJP pounced upon the opportunity and accused Rahul Gandhi of practising double standards regarding the Aodhya Issue. Addressing the BJP president Sri Amit Shah told, “Rahul ji is visiting temples in Gujarat but on the other hand, Kapil Sibal is being used to delay Ram Janmbhoomi case. Rahul ji should tell us what his view on this is.”

BJP President asked The Congress party to “clarify if Sibal is representing it or the Sunni Waqf Board? Or, is it the case that the board and the Congress are working in tandem?”

Distancing the party from Kapil Sibal, Congress clarified that, “Who he represents in court is Kapil Sibal’s personal matter. Congress has nothing to do with it. Arun Jaitley ji represented the accused in Bhopal gas tragedy, does that mean whole of BJP is to be blamed?”