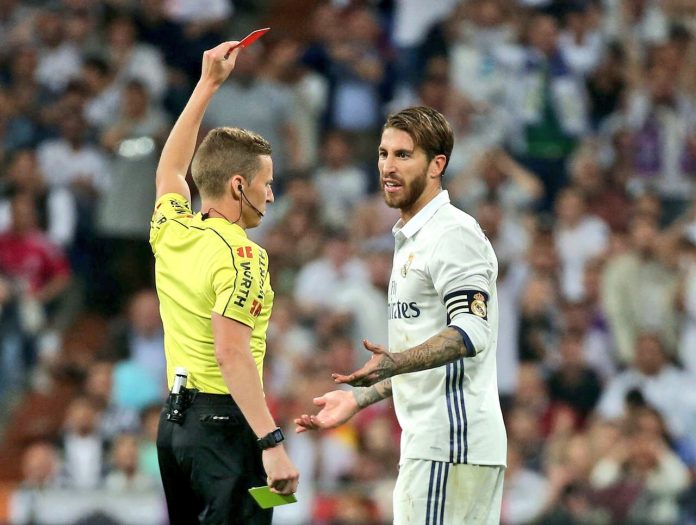 Real Madrid missed a golden chance to put pressure on league leader Barcelona, who were held earlier in the day, after being held to a goal-less draw against Athletic Bilbao.

Sergio Ramos was booked twice, the latter of which saw him walk off the ground with 4 minutes still on the clock. Cristiano Ronaldo looked determined to improve his dismal show in the league and so did Karim Benzema but both were denied by the woodwork.

Earlier in the day Barcelona were held to a 2-2 draw against Celta Vigo.

A positive start from the Galicians on Celta boss Juan Carlos Unzue’s return to the Camp Nou, where he spent three years as Luis Enrique’s assistant, was rewarded 20 minutes in when Aspas tapped home on the rebound after a stunning save from Marc-Andre ter Stegen had denied Maxi Gomez.

Celta’s lead lasted two minutes, though, as Messi latched onto Paulinho’s pass to fire low under Ruben Blanco for his first goal since late October.

Messi then took control of the game as Barca pressed and finally broke Celta’s resistence just after the hour when his pass freed Jordi Alba to tee up Suarez for his first goal at the Camp Nou in nearly three months.