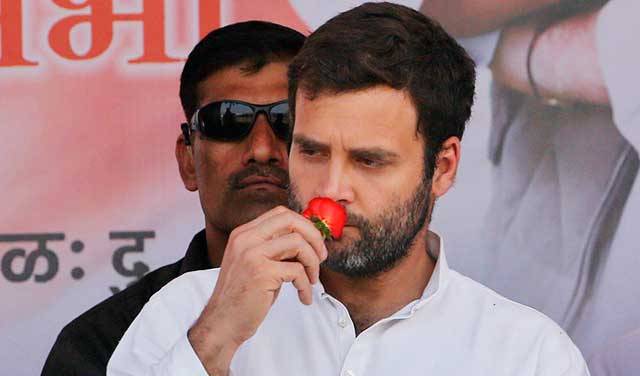 Keeping in with the Sunday mood, Rahul Gandhi took to Twitter this morning to slay the ruling Bharatiya Janata Party (BJP) in general and Prime Minister Modi in particular over the condition of women in BJP-led Gujarat using Hindi poetry.

He took on the cudgels on behalf of the Gujarati women seeking an account of what has been done for them since 1995 from when BJP has been ruling the state. He also used an infographic with data to highlight his point.

Rahul Gandhi said, “No security, nutrition and education was provided to the women. The only thing which took place was their exploitation.” 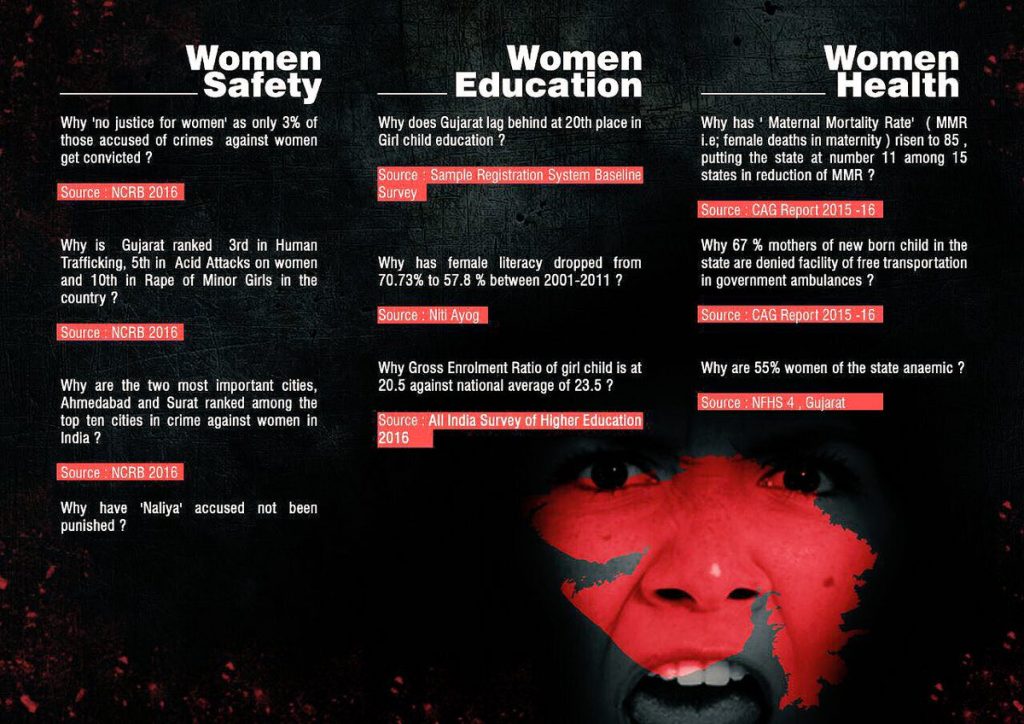 Seeking 22 years worth of account on basic necessities to the women from poll-bound Gujarat, the Congress leader asked,

This war of words is in keeping with the political slugfest that has become the election plank for Gujarat that has been hitting the media for more than a month now ahead of the polls. The Congress has been continuously attacking the BJP and vice-e-versa on several issues like, development in Gujarat, demonestization, the Goods and Service Tax (GST) and so on.

In today’s tweet, Rahul took a dig at Prime Minister Modi and the BJP-led state government for depriving Gujarati women of basic facilities like healthcare, education and safety.

He also accused the BJP leadership for disappointing Anganwadi and Aasha workers.

The two-phase Gujarat assembly elections will take place on December 9 and 14, while the results will be out on December 18.