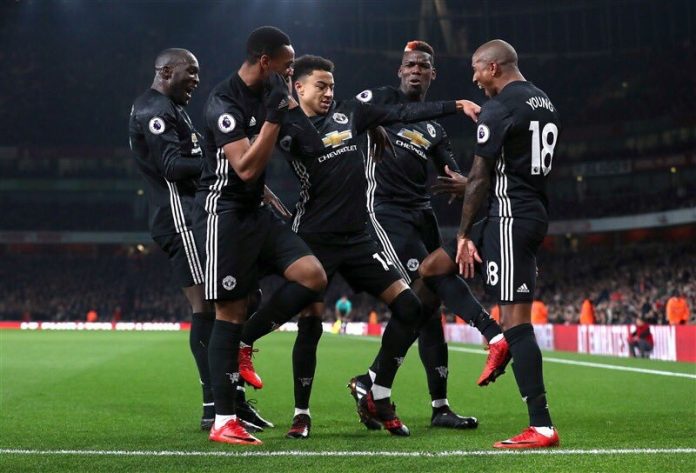 Jesse Lingard scored a brace while Antonio Valencia also found the back of the net as Manchester United beat Arsenal 3-1 to come out with all three points from their trip to Emirates Stadium.

Valencia opened the scoring in just the fourth minute before Lingard double the score in the 11th minute, courtesy of Martial’s assist.

David De Gea was simply superb on the post making some crucial saves as United went into the break 2-0.
However there lead was reduced just 4 minutes after the break as Alexandre Lacazette, set up by Aaron Ramsey, scored past Gea. Lingard then made it 3-1 before Paul Pogba was sent off for stamping in the 74th minute. Despite being a man down, United survived to earn three crucial points.