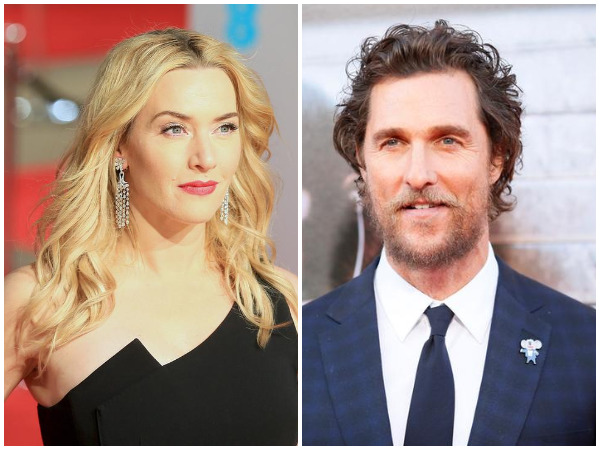 The British actress Kate Winslet has revealed that she auditioned to play Rose in the Hollywood epic, Titanic opposite Matthew McConaughey.

She revealed this while appearing on the ‘Late Show with Stephen Colbert‘, where Winslet was quizzed with a series of rapid-fire questions about the classic movie, which celebrated its 20th anniversary this year.

The host asked, “Paramount wanted Matthew McConaughey for the role of Jack but (James) Cameron insisted on Leo, how would that have changed things?”

To which, Winslet replied, “I auditioned with Matthew -isn’t that weird? Never said that in public before!!”

Adding, “I did, yes, I did. I auditioned with Matthew, which was completely fantastic. It just wouldn’t have been the whole ‘Jack and Rose, Kate and Leo‘ thing.”

In the same interview, the ‘Wonder Wheel’ actress and Colbert even reenacted that famous door scene, trying to prove that there was probably enough room for Jack to live.