Back to back double tons for Virat Kohli, India cruise to 500 | Newsmobile
Wednesday, November 30, 2022

Home Sports Cricket Back to back double tons for Virat Kohli, India cruise to 500 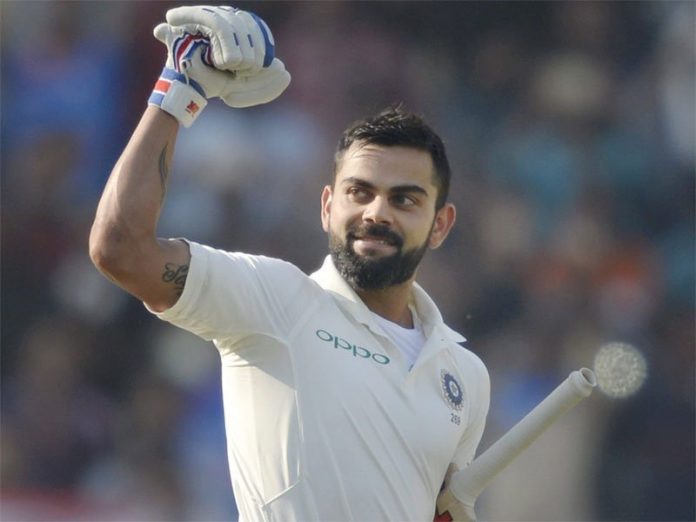 It seems like Virat Kohli is just batting in a different league at the moment. Every time he comes out to bat he smashes some or the other record.

A week after scoring his 5th double century the Indin skipper added another one to become the captain with most double centuries in Tests bettering Brian Lara. The double ton also made him tied first Indian along with Virender Sehwag and Sachin Tendulkar. India were 500/5 at lunch.

On Saturday Kohli had become the fourth fastest Indian to reach 5000 Test runs after India had opted to bat first in the third and final Test against Sri Lanka in Delhi. Murali Vijay had scored 155 runs.