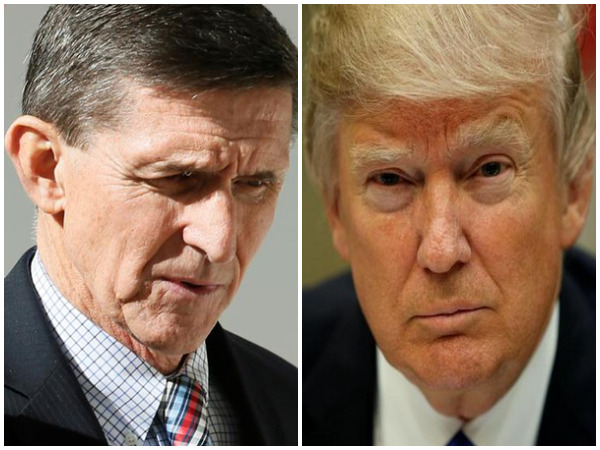 The former national security adviser and a close confidant of the US President Donald Trump, Michael Flynn, is ready to testify that he made contact with Russia under the direction of the United States President.

According to media reports, Flynn is reportedly prepared to testify against Trump as part of an Federal Bureau of Investigation (FBI) investigation into Russian interference in the 2016 US Presidential election.

Earlier, Flynn pleaded guilty for lying to the FBI about conversations with the Russian ambassador in January.

The former national security adviser acknowledged that he was cooperating with the investigation helmed by the US special counsel, Robert Mueller, into the Russian meddling in the 2016 United States presidential election campaign it is reported.

In a statement, Flynn said he acknowledged that his actions “were wrong, and, through my faith in God, I am working to set things right.

“My guilty plea and agreement to cooperate with the Special Counsel’s Office reflect a decision I made in the best interests of my family and of our country. I accept full responsibility for my actions,” he said.

His plea agreement is suggesting that Flynn provided information to prosecutors which may help advance the inquiry.

Flynn’s only comments were to answer yes and no to questions from the judge in the court.

He also stated that he has not been coerced into pleading guilty.

According to reports, in a deal with prosecutors, Flynn offered testimony about conversations inside the Trump campaign about contacts with Russian operatives.

Flynn is the first person inside President Trump’s administration to be reached by special counsel Robert Mueller’s probe.

Flynn is accused of falsely telling the FBI that he did not ask Kislyak to “refrain from escalating the situation in response to [the] sanctions.”

He was forced to resign in February after misleading the White House about meeting the Russian ambassador before Trump took office.

Flynn is at the center of a broader investigation by special counsel Robert Mueller into the Russian meddling in the 2016 US Presidential election campaign.

Apparently, Mueller’s team was seeking a deal of some kind to win Flynn’s cooperation in that investigation.