A four-year-old nursery student was allegedly sexually assaulted by a teacher in the premises of a reputed school in south Kolkata, police said on Friday. Police have detained the accused PT teacher against whom the parents of the girl child lodged a complaint at the local Jadavpur Police station, a senior officer of Kolkata Police said.

The child was constantly crying and complained of severe pain after returning from school on Thursday when her mother spotted blood stains on her clothes, he said.

On enquiring, the girl told her mother that the PT teacher had taken her to the washroom but could not narrate what happened thereafter. 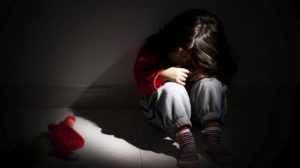 Her parents took her to a paediatrician who advised her to be taken to the police, the officer said. The child was admitted to the state-run SSKM Hospital late last night. The report of the test is awaited.

Tests were performed to confirm the alleged sexual assault on her.

Following the incident, parents of other students held protests in front of the school gate on Friday demanding immediate suspension of the accused teacher.