New Delhi: Carpooling company PoolMyCar on Thursday launched a real-time carpooling app that empowers the people of Delhi-NCR to save time and money.

The company, which is launching its app on Google Play, will help individuals who are looking to book short haul cabs.

The app will soon be made available on the iOS store as well.

All one needs to do is to switch on the phone app, and they will be able to connect with other pool riders across Delhi-NCR. 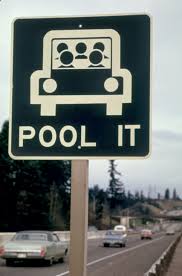 Users have to first create a profile, select to either offer carpool or search for one, and the system would automatically find the right match for the passenger, with a car that has the shortest travelling time to their destination.

Anybody who is willing to share their car for commuters can use the ridesharing feature, and contribute their bit to the environment.

“Beyond pollution, there is the whole host of challenges before daily commuters in busy metro cities like Delhi, Mumbai, and Bengaluru, where traffic jams and limited parking spaces are causing frequent road rages and behavioural problems. PoolMyCar is a highly advanced real-time carpooling app aimed at safe, economical and stress-free rides for the people of all age groups,” said director PoolMyCar, Vinay Arora.

Poolmycar has tied up with Mobikwik for seamless payments. When the ride ends, the passenger can click the end ride button and the payment transfers automatically.

The rider and passenger are compelled to leave a review about their experience which helps others while selecting the right person to ride with.

“Security isn’t a concern, with each rider having access to an SOS HELP button, after the button is pressed; notifications are sent to emergency contact mentioned in his/her profile including the PoolMyCar admin. Every rider’s details are stored in the system, and checks are carried out, including for Aadhar, mobile number and social media. One can also share their route details with their friends and families, as soon as they board to ride,” Arora added.

With the increasing pollution levels in the capital city, the government and the Supreme Court are looking for ways to combat pollution. The Indian Medical Association, on Tuesday, had declared a public health emergency, urging all schools to stop outdoor activities for children.

PoolMyCar has joined in the efforts to combat the rising pollution levels, helping reduce the cars on the road, and making everyone reach where they want to, in time.