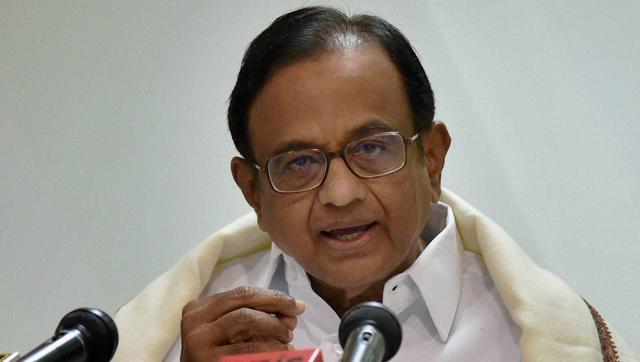 Senior Congress leader, P Chidamabaram said in an interview that when people of Jammu and Kashmir ask for ‘azadi‘ they seek greater autonomy.

“The demand in Kashmir is to respect in letter and spirit the Article 370 and that means they want greater autonomy. My interactions in Jammu and Kashmir led me to the conclusion that when they ask for Azadi, overwhelming majority wants autonomy,” Chidambaram said.

The former Finance Minister also said that the Center should find out the areas in Jammu and Kashmir where autonomy can be given.

“I think we should seriously examine the question (of autonomy to J-K) and consider on what areas we can give autonomy to Jammu and Kashmir. It’s perfectly within the Constitution of India: Jammu and Kashmir will remain an integral part of India, but it will have larger powers as promised under Article 370.”

Chidambaram’s statement comes close on heels of appointment of former Intelligence Bureau director, Dineshwar Sharma as interlocutor for J-K by the Modi government.

Article 370 of the Indian constitution is an article that gives autonomous status to the state of Jammu and Kashmir.

The Bharatiya Janata Party (BJP) has traditionally favored abrogation of the Article 370.

As BJP’s Prime Ministerial candidate, Narendra Modi had also called for a debate on Article 370 of the Indian Constitution during his General Election campaign in 2013.

Addressing a rally in Jammu, Modi challenged the critics of the BJP’s demand for abrogation of Article 370 to at least debate whether the article had benefited or harmed the people of the state.

After his government assumed power at the Centre, Minister of State in the PMO, Jitendra Singh on May 27, 2014 made it clear that the BJP stands for abrogation of Article 370, but wants to have a democratic approach to find a lasting solution to the issue.

On the other hand, BJP’s ally in J-K- the People’s Democratic Party- favors the Article 370.

“Any changes in the Article 370 will not be acceptable. I won’t hesitate in saying that nobody will even hold the Tricolour in Kashmir if the article is scrapped,” she had said.

Apart from Article 370, Article 35 (A) of the Indian Constitution is also under question.

Article 35A of the Indian Constitution is an article that empowers the Jammu and Kashmir state’s legislature to define “permanent residents” of the state and provide special rights and privileges to those permanent residents.

The Article 35 (A) is also challenged and the matter is pending before the Supreme Court of India.