Oh yes, we do understand that all you wish it to sit back and relax after a week of working tirelessly. Sometimes all one actually does is binge watch television series and it indeed makes you calm. 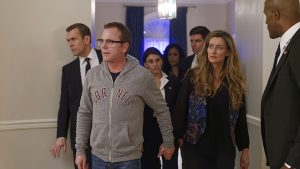 Imagine being the president of the most powerful country in the world without any prior notice? This is what the series revolves around, how a man is made the President of The United States of America and how he tackles the issues that he faces every single second.

This series has completed its season 1 and the 2nd season has begun as well. We are sure that you’ll be able to finish this political thriller series this weekend and relaxation is a guarantee.

The series is set in 2010s Washington, D.C., it is the story of Congressman Frank Underwood (Kevin Spacey), a Democrat from South Carolina’s 5th congressional district and house majority whip. After being passed over for appointment as Secretary of State, he initiates an elaborate plan to get himself into a position of greater power, aided by his wife, Claire Underwood (Robin Wright). The series deals primarily with themes of ruthless pragmatism, manipulation, and power. 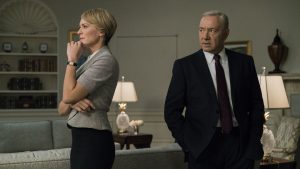 Even though it is a long television series but it is definitely worthy of binge watching. 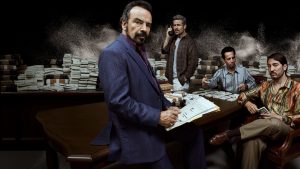 This series will definitely be the one that will keep you engaged this weekend. 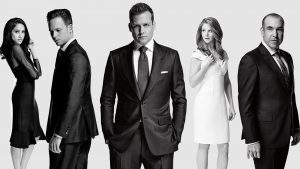 The show focuses on Harvey and Mike managing to close cases while maintaining Mike’s secret.

Black Mirror is a British science fiction television anthology series created by Charlie Brooker and centers on dark and satirical themes that examine modern society, particularly with regard to the unanticipated consequences of new technologies.

Watch these series to have a weekend to remember!