Unnao: In what could be a benchmark for the Indian Air Force,  at least 20 IAF aircrafts landed on the Lucknow-Agra Expressway near Unnao on Tuesday.

This is the first time that transport aircraft are landing and taking off from an expressway in India. The public gathered in large numbers to watch the?exercise.

The exercise commenced with an impressive short landing by a C-130, which on landing, off loaded Garud Commandos and their vehicle.

Immediately on disembarking from the C-130, the commandos took up position on either side of the airstrip to cordon off the area for fighter operations. 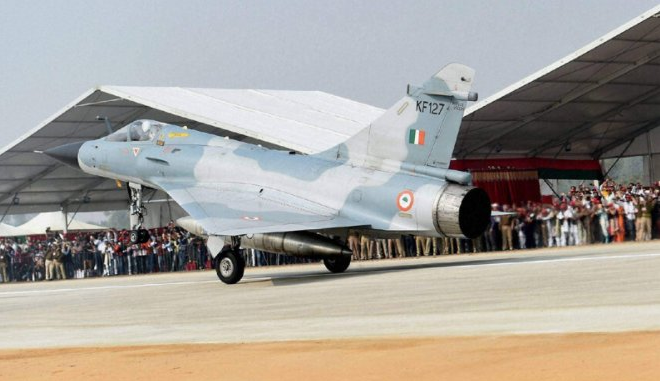 The AN-32, which is a Russian-origin military transport aircraft, has been in the IAF since 1984.

Later, a Mirage 2000 fighter jet landed on the expressway. This plane was inducted into the IAF in the mid-80s and has a proven flight safety record.