Father of Bollywood actress, Rani Mukerji and Bollywood film director and screenwriter for Hindi and Bengali cinema, Ram Mukerji, passed away this morning in Mumbai. He was 84.

According to reports, the filmmaker, who was one of the founders of Mumbai’s Filmalaya Studios, had not keeping well for a long time.

His cremation will be held at Mumbai’s Vile Parle Crematorium late this afternoon. 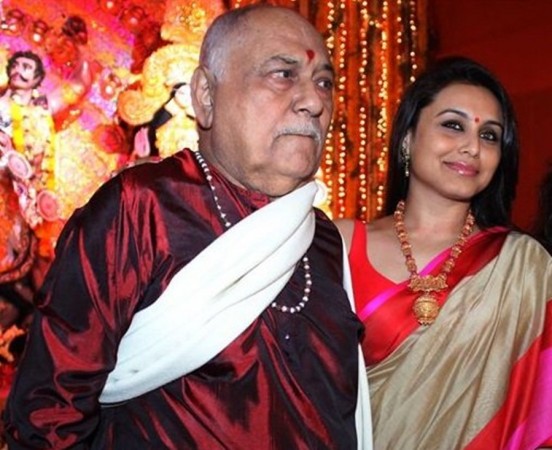 He is well known for his films – Hum Hindustani (1960) and Leader (1964), starring Dilip Kumar and Vyjayanthimala.

His wife Krishna Mukerji is a playback singer and their son, Raja is a film director.