Attired in a black Sherwani, Trudeau lit the ceremonial lamp and wished the Indian Diaspora a happy Diwali.

ALSO READ: The significance of the festival of Dhanteras in cities

Indian High Commissioner to Canada Vikas Swarup was also present on the occasion.

Diwali, which is celebrated with great fervour and gaiety across India, marks the return Lord Ram, the King of Ayodhya in northern India, after his victory over demon king Ravana in distant Lanka, as well as the culmination of his 14-year-long exile. Lord Ram is widely regarded as the reincarnation of Lord Vishnu. 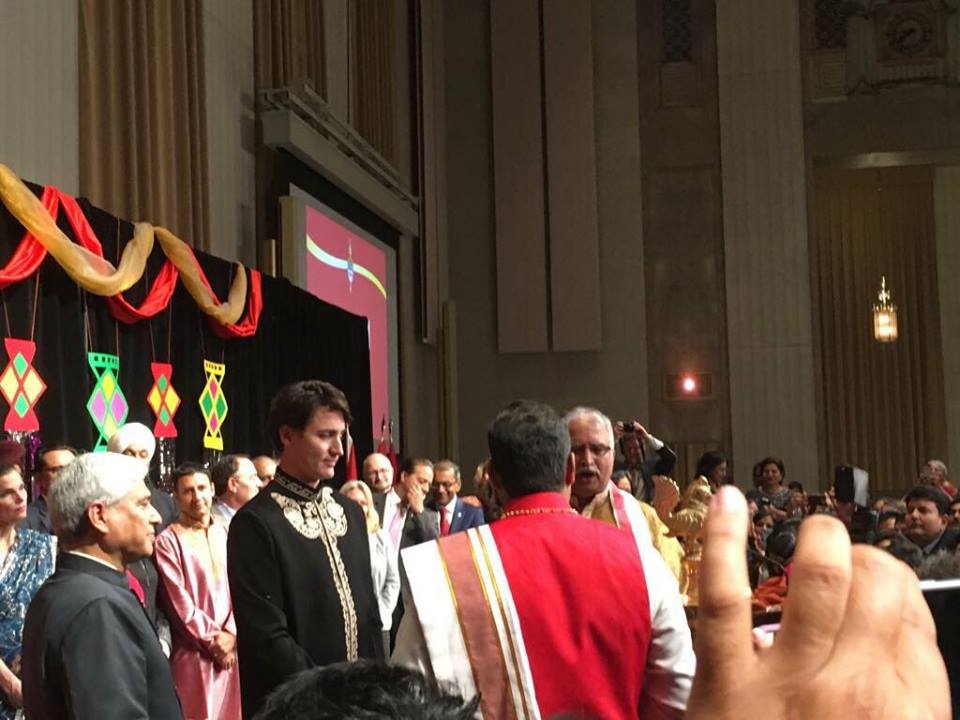 Diwali puja with the Prime Minister! With members of the Liberal caucus in attendance. pic.twitter.com/wRGsgygNPh

On Diwali people illuminate their houses with coloured lights and earthen lamps.

ALSO READ: We bring to you ways to relish festive food and still not putting on weight this diwali

Known for embracing cultural and religious diversity, Prime Minister Trudeau had also recently celebrated and greeted the Muslim population in his country on the occasion of Eid al-Fitr in June this year.

He was wearing a pair of socks with text reading “Eid Mubarak,” written on it, honouring the religious day that marked the end of Ramadan, the Islamic holy month of fasting.