Several people were left injured after a Taxi mounted the pavement and mowed down pedestrians nearby the Natural History Museum in London this afternoon. 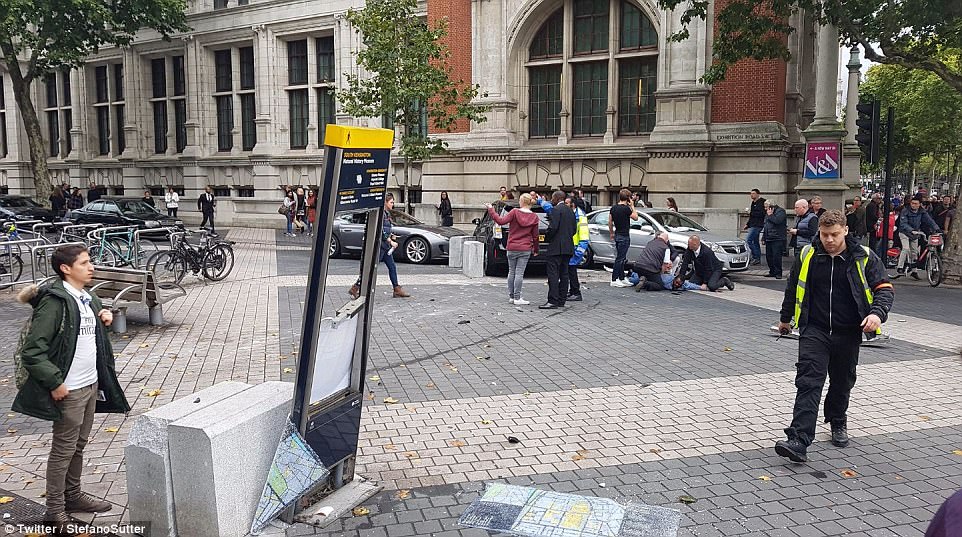 A man was caught and pinned down by security guards and arrested by police in the heart of the capital’s museum land in Kensington.

A big crowd of terrified tourists fled the scene as the black Toyota Prius – a registered minicab – smashed into a sign before ultimately crashing into a crowd of as many as 10 people as it hit a silver car, according to witnesses. 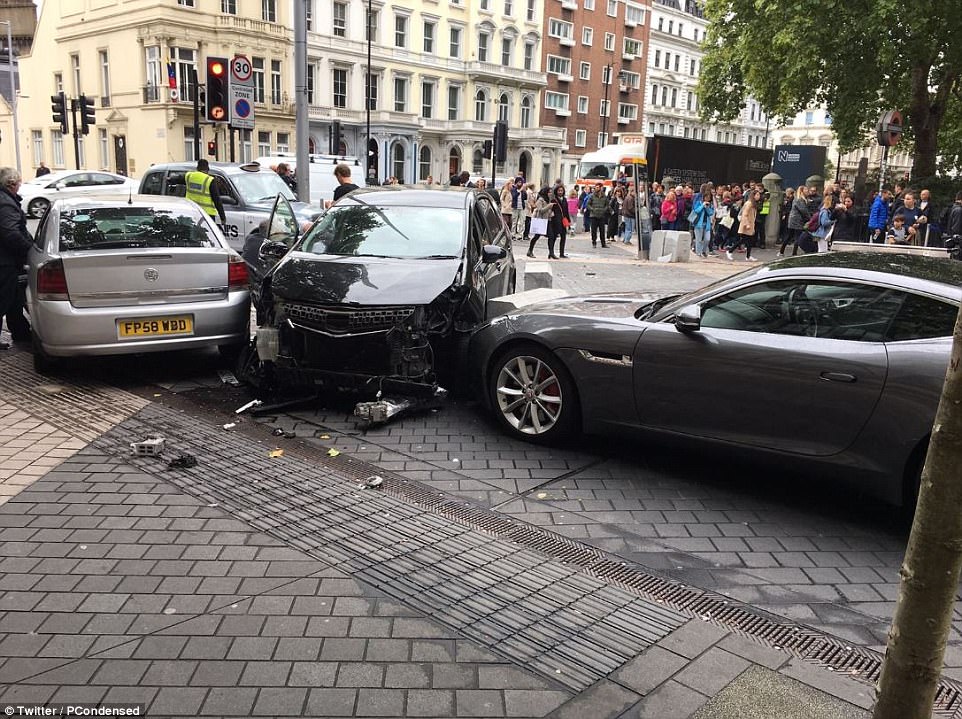 Disturbing and dramatic pictures from the scene of crime show guards holding down a man covered in blood with rubble strewn across the road. Dozens of armed officers converged on the scene as search dogs patrolled the area. 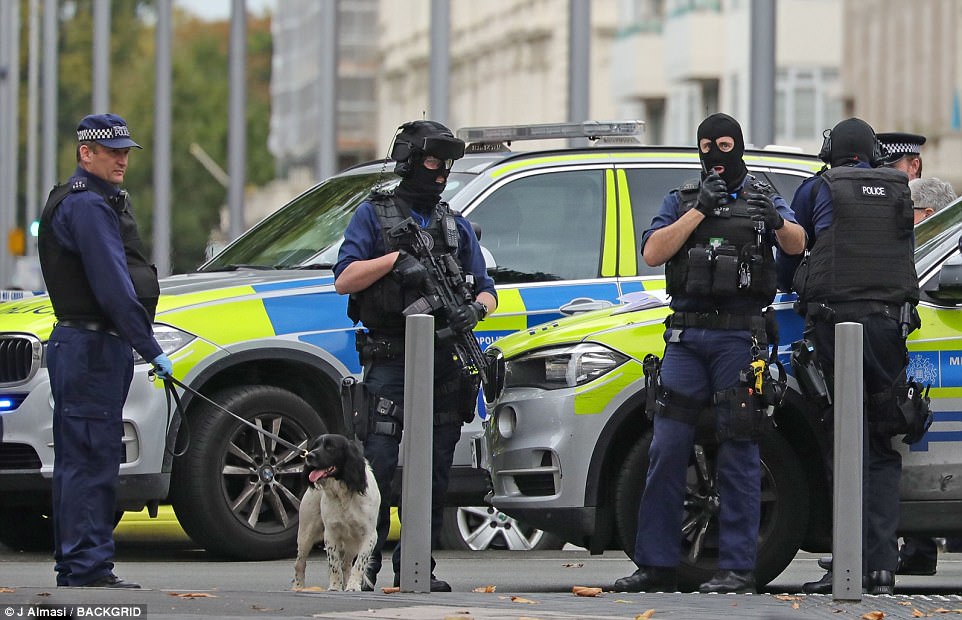 Nearby museums alongwith the Science Museum were evacuated with Metro stations sealed off by police. The injured were seen sitting on steps being bandaged up before they were wheeled away by paramedics. 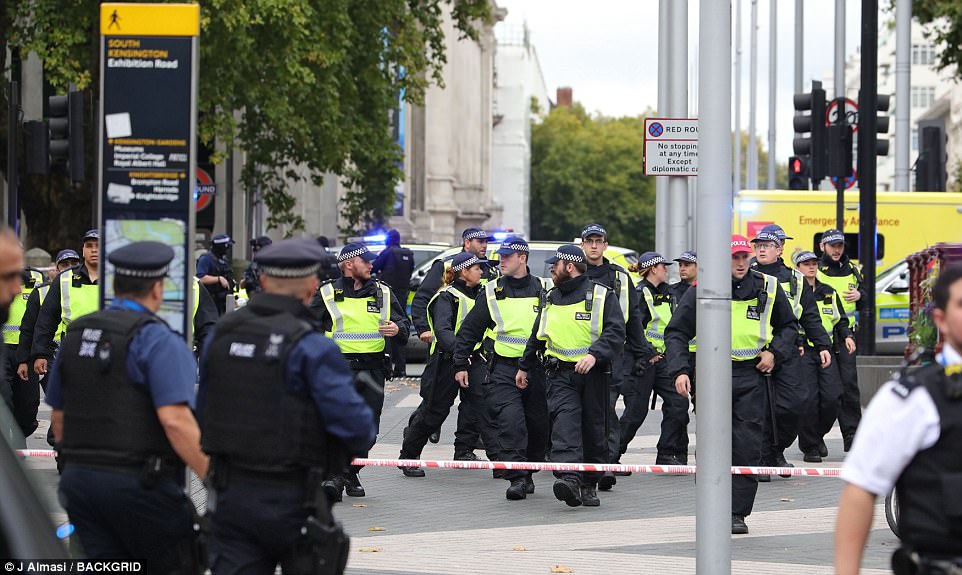 Scotland Yard said they are keeping an open mind as to whether the incident is terror-related or not. A spokesman said a ‘number’ of people had been injured in the horror crash.
London Mayor Sadiq Khan said he is in ‘close contact’ with Assistant Met Commissioner Mark Rowley – the head of UK counter-terrorism policing. 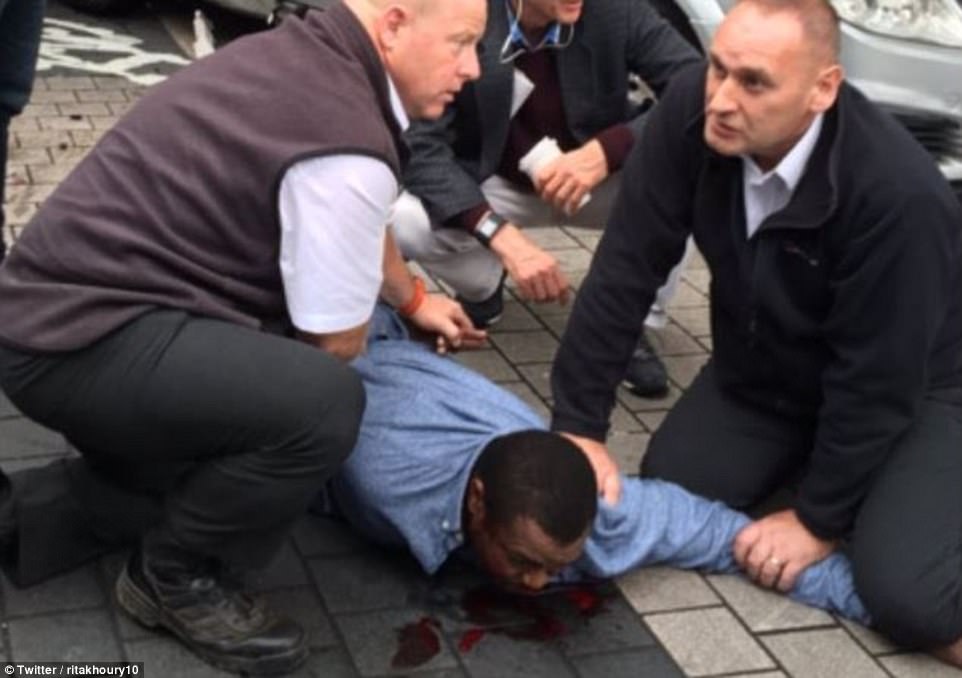 Today’s incident follows a series of vehicle attacks across Europe which have left well over 100 people dead in Britain, France, Germany and Stockholm.