New Delhi: After a picture of self styled god woman Radhe Maa sitting on the chair of Vivek Vihar Station House Officer (SHO) Sanjay Sharma went viral, the Delhi Police PRO on Thursday asserted that action will be taken against the guilty.

Delhi Police PRO, Deependra Pathak, said that Sharma, along with five other police men, have been sent to district lines.

“Shahdara Additional Deputy Commissioner of Police (DCP) has asked for a detailed report. Further action will be taken after investigation,” Pathak said. 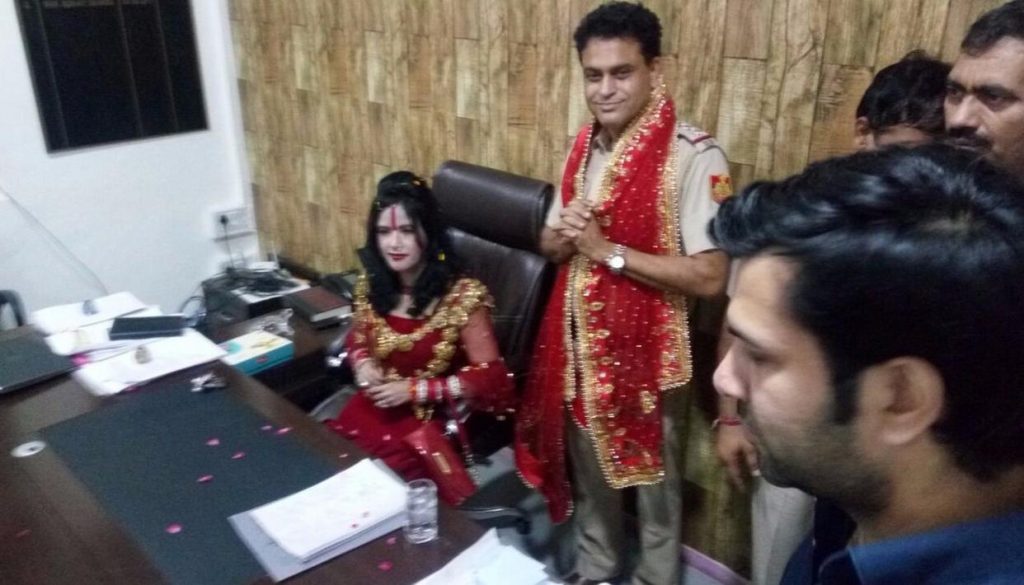 The self styled god woman was accorded a warm reception at New Delhi’s Vivek Vihar Police Station on the occasion of Maha Ashtami, during Navaratri on September 28.

In a photo that has gone viral on social media, Radhe Maa can be seen sitting on the chair of the SHO.

Sharma was seen standing beside her with his hands folded.

During this entire time, the police station was resonated with the sound of ‘Radhe, Radhe’.

As per reports, she had come to attend a Ramleela and due to heavy crowd gathering around, SHO Sharma took her to the police station.

The self styled god woman has been accused of dowry harassment, sexual harassment and posing threats to people.

Recently, an institution of saints has declared her as a “fake saint”.