The Central Government on Tuesday reduced the Basic Excise Duty rate on both branded and unbranded petrol and diesel by Rs 2 per litre.

The new prices will be effective from tomorrow, October 4.
The move by the Centre comes amid the recent hike in the prices of petrol and diesel which is being attributed to wavering market price of crude oil.

According to the Finance Ministry, the move is an attempt to “cushion the impact of rising international prices of crude petroleum oil, and petrol and diesel on their retail sale prices”.

It asserted that the decision has been taken by the government “in order to protect the interest of the common man”. 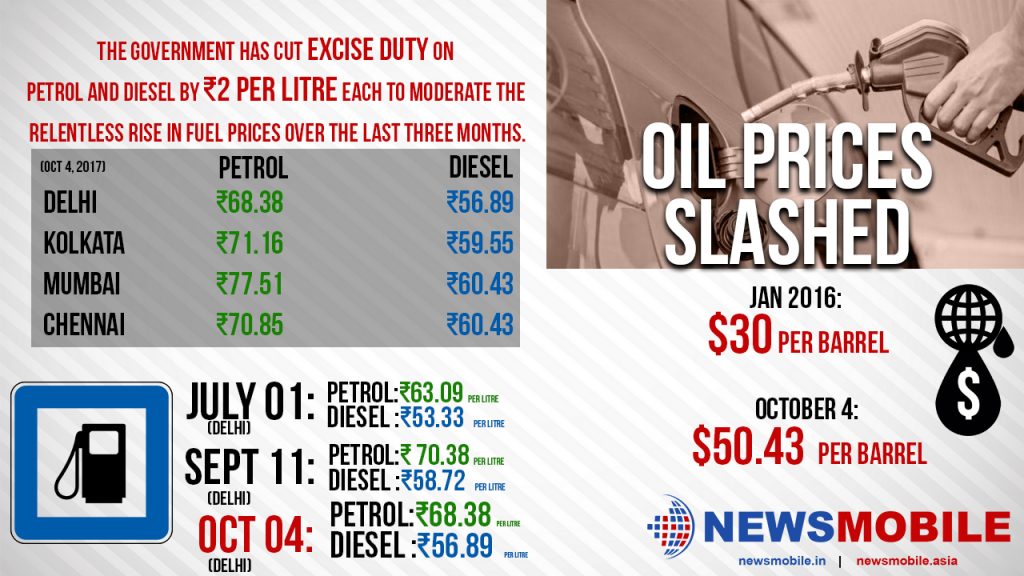 The ministry further stated that the Government will experience revenue loss of about Rs 26,000 crore in full year, while Rs 13,000 crore in the remaining part of the current financial year.