Planning a vacation in October? Here are some places in India that are definitely a YES! | Newsmobile
Saturday, July 2, 2022

Home Global Traveler Planning a vacation in October? Here are some places in India that...
ShareTweetGoogleWhatsappPrint
Mail

We have got you covered with some places that you should pay a visit if you plan on a vacation during the month of Festivities and holidays, October.

Some of the places that we suggest are – 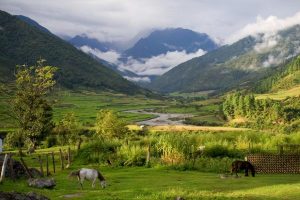 A small town situated in the eastern part of Arunachal Pradesh, Ziro is an ideal location for a vacation during October. It is surrounded by hills on the sides with lush green paddy fields in the town. The town is inhabited mostly by the Apa Tani Tribes. The monsoons just end and winter is just starting to set in the town during the month of October.

Digha is the perfect weekend getaway option from Kolkata. It is considered to be the most beautiful beach in West Bengal. Digha offers lazy afternoons and pleasant evenings, so it is the ideal location for relaxation post Pujo celebrations. 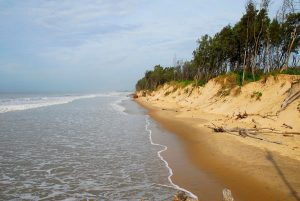 A quick escape from the city life of Bengaluru at a distance of 250 kms, Wayanad is great for a peaceful weekend getaway, especially during October. Wayanad is located in Northern Kerala and it borders Karnataka to its west. A trip to Wayanad is incomplete without a trek to the Chembra peak and Wayanad National park. The weather becomes pleasant during October, making it an ideal location for a vacation. 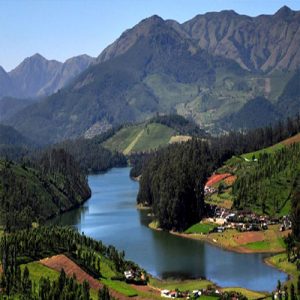 Nalanda with its historical richness and cultural heritage will easily be able to astonish you. Pawapuri located at a mere distance of 20km away from Nalanda, is of great religious importance to the Jain community. It is the burial site of Lord Mahavira and has a beautiful temple in the middle of the pond dedicated to him. Both of these places are extremely peaceful and make for a great vacation spot. 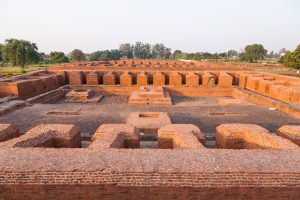 The city has been named the “Gateway to Thar” as it has a lot of houses painted blue and is hence also known as the Blue city. Visit Jodhpur in October when the weather is balmy and soak yourself in the cultural and architectural beauty of Rajasthan. Visit the old Havelis and Palaces to get a touch of royalty. Also, Jodhpur plays host to the mesmerizing Rajasthan International Folk Festival in October. It will be held between 23rd and 27th October, 2017.

The park has the highest density of Royal Bengal Tigers in the world which greatly increases the chances of spotting one while on a safari. It also boasts of a rich flora and fauna apart from the spectacular tigers. The old fort, which is now in ruin become a great trekking destination. 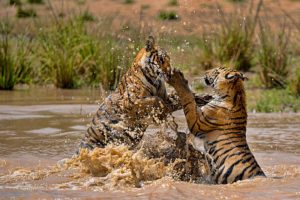 Don’t give your vacation a second thought and go visit these gems!