LG Launches a new phone to sway away its competitors and mosquitoes | Newsmobile
Friday, December 2, 2022

LG on Wednesday launched a new K-Series Smartphone in India.

With the competition increasing by each passing second, it is becoming tougher to distinguish your product in the market. LG is here with its new mobile phone that has an integrated ultrasound mosquito repeller in its back hump to attract its customers in India. 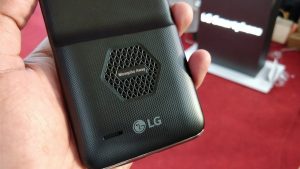 The LG K7i comes with an additional rear cover bundled in the box that can be placed on the phone when required – it features a speaker that produces ultrasonic frequencies said to drive mosquitoes away. The smart phone is otherwise a budget offering, and runs Android Marshmallow. The price of LG K7i in India is Rs. 7,990, and the smart phone will be available across retail outlets in the country.

“LG has always been at the forefront of unique innovations. With this launch, LG is bringing the mosquito away technology closer to the consumers in the form of a mobile device which can be an integral part of their daily lives.”  said, Amit Gujral, Chief Marketing Officer, LG Electronics India. 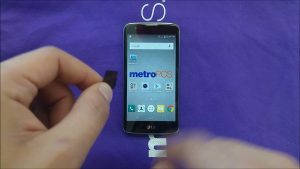 The company adds the smartphone has no “harmful chemicals”, and neither were any used in developing it. The technology, which is enabled by the speaker on the additional rear cover, does not require any refills.

The mobile phone has an 8-megapixel rear camera, and a 5-megapixel front camera.  It comes with 16GB of inbuilt storage, expandable via microSD card.

This new addition is definitely going to do wonders in the market.