Mr Obama was present at an event for Beau Biden Foundation on Monday where he described the moment when her daughter went to attend university.

One of the most charismatic Presidents, Mr.Barack Obama said that he got emotional while dropping his daughter, Malia at her university. He had tears while bidding her farewell. 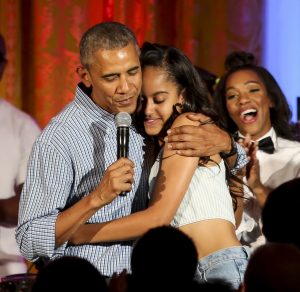 The elder daughter of Mr and Mrs. Obama, Malia, 19 years old, went to Harvard University this year having taken a gap year after high school. Obama said that “It was a little bit like open-heart surgery”.

“I was proud that I did not cry in front of her,” the former president of United States of America mentioned.

“But on the way back, the Secret Service was off, looking straight ahead, pretending they weren’t hearing me as I sniffled and blew my nose.”

“At the end of our lives, whatever else we’ve accomplished, the things that we’ll remember are the joys that our children – and hopefully way later, our grandchildren – bring us,” Mr Obama said. Mr Obama has often talked about the importance of fatherhood to him.

“Of all the things I have done, I am most proud to be your dad,” he told his daughters in his presidential farewell speech.

Farewells are always tough, but they are also the beginning of a new era. 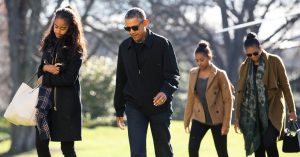 We wish Malia all the good luck on her new venture and Mr Obama the strength to bid goodbye to her daughter.