Not an easy journey towards Oscars for Newton | Newsmobile
Sunday, January 29, 2023

Rajkumar Rao starrer, Newton has officially been declared as India’s entry to Oscars 2018.

The story revolves around how everyone has a right to vote and also, the people should be made aware of the ones they are voting in favour of and how the issues that the society faces will be tackled. 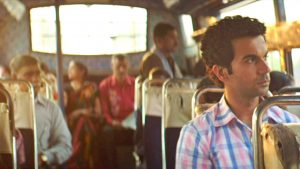 Rajkumar Rao has proved it yet again that he belongs nowhere else but Bollywood.

Newton had to face several challenges; one of them was the allegations for plagiarism when several channels claimed that the film showed an uncanny resemblance to an Iranian film, Secret Ballot. The writer and director of the film, Amit Masurkar reverted to the media that he saw the Iranian film in bits and pieces and he could easily strike several differences amongst the two. 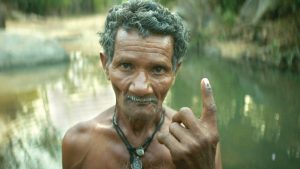 Another fascinating fact is that Newton had to compete with Baahubali 2 to earn its place at the Oscars.

A member of the jury spoke to the media and said that,

“About 26 entries come from different languages, 12 from Hindi, 5 from Marathi, 5 from Telugu, Kannada, Malayalam, and Bengali. Baahubali 2 in Telugu comes to Satakarni. We have seen movies of all languages till 16th of this month. After looking at them, ‘Newton’ was selected considering all angles.”

Newton will now compete to get a place at the top 5 nominees for the best foreign language film at the Oscars. Only 3 Bollywood films have been given this opportunity till date.

We cross our fingers and hope that this gem of a film gets the recognition it deserves as it not only focuses on sending across a very important message but also, as all the actors have given outstanding performances. 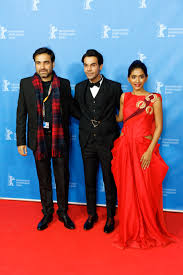 ALSO READ: Akshay wishing his daughter on her bday in the most adorable way

Go and watch this brilliantly written, wonderfully acted and a stand – up comic film at a theatre near you.