Everyone is free to express their opinion: Cong on Manish Tewari’s tweet against PM Modi | Newsmobile
Friday, December 9, 2022

Home Home Slider Everyone is free to express their opinion: Cong on Manish Tewari’s tweet... 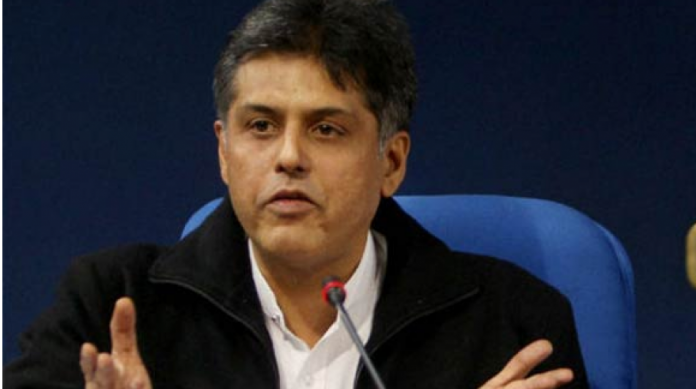 New Delhi [India], September 18: Retorting to flaks fired at party colleague Manish Tewari, the Congress party on Monday said that all in the nation are free to express their opinion.

“Everyone is free to express their opinion that does not mean that anybody can silent anybody by using objectionable language. The behavior of Sangh parivaar out pits and the way they are spreading communalism in this country, spoiling the communal harmony and peace in this country that should be told very clearly. I haven’t seen that but I don’t think that he is a person who ever use objectionable language,” Congress leader PC Chako told ANI.

After facing wrath over his abusive tweet against ‘bhakts,’ Tewari yesterday evening issued a clarification, where he said that he did not mean to offend Prime Minister Modi.

The Congress leader raked up a controversy when he used an abusive word for Bhakts in a response to a Twitter user’s suggestion that Narendra Modi had nothing to learn about desh bhakti from Mahatma Gandhi.

Singh evoked the ire of many by posting the controversial meme.

However, he stood his ground on defending his post and said that the retweet should not be counted as him saying those words.

“I just retweeted something. I did not abuse Prime Minister Modi. I have just said that he is the best in the art of fooling. Is it abusive?” Singh said to the media.