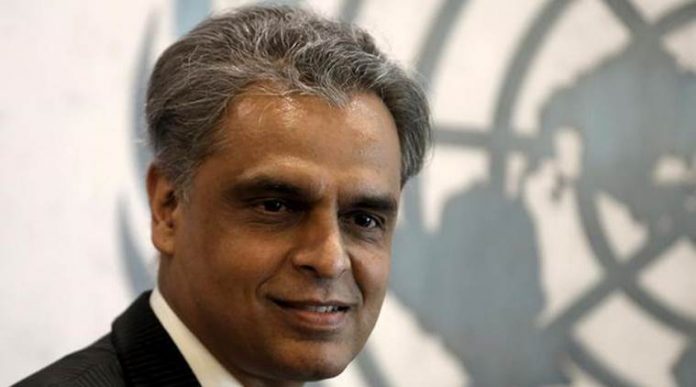 Pakistan is back with his old ways by raising the Kashmir issue at the United Nations General Assembly in New York.  A top Indian diplomat said, that Pakistan keeps playing the old record of Kashmir while India focuses on progressive issue adding to that he also used   a Hindi Proverb referring to the use of issue again ‘Miyan ki daud masjid Tak’ on Sunday.

Talking about the same, India’s Permanent Representative to the UN Syed Akbaruddin said, ” If they (Pakistan) focus on an issue which has not been on the discussion table in the UN now for decades, not for years, for decades, if this is what they want to focus on, so be it. To be his own… Miyan ki daud masjid tak (Some people think within a limited focus and are unable to think beyond that).”

He further said that India’s main issues are global and future-centric unlike Pakistan’s.

“I have outlined our approach, that is progressive forward looking. We are visionary in our goals. If on the other hand there are other countries, who as you say, focus on yesterday’s issues then they are yesterday’s people,” he said.

The Pakistan Foreign Minister said that they will continue its engagement at the UN to protect national interests, including on core issues such as Jammu and Kashmir, reform of the Security Council, counter-terrorism, human rights, peacekeeping.