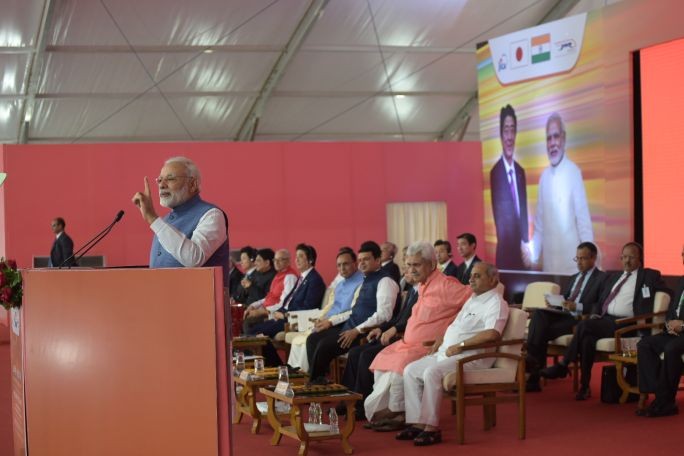 Integrated transport systems are the need of the hour for a new India. Our infrastructure has to be state of the art and futuristic. pic.twitter.com/lMAtQwHfOk

Prime Minister Modi further added that a new economic system is being developed along the Mumbai- Ahmedabad corridor, and the entire area would become a single economic zone.
Meanwhile, Japanese Prime Minister Shinzo Abe said that the India-Japan partnership is special, strategic and global. He said that he hopes to see the beauty of India through the windows of the Bullet Train, a few years hence.

Japan has given Rs. 88,000 crore loan to India at an interest rate of 0.1 percent with repayment for over 50 years for the bullet project.