Here is all you need to know about three iPhones launched by Apple | Newsmobile
Wednesday, July 6, 2022

Home Home Slider Here is all you need to know about three iPhones launched by... 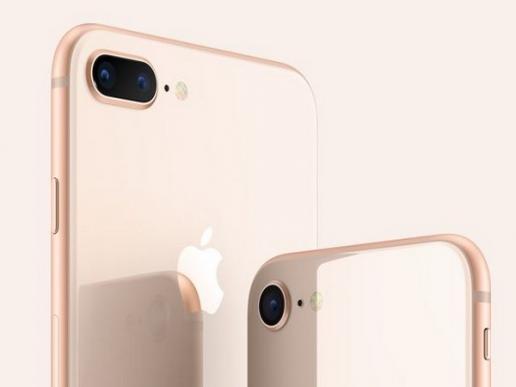 Cupertino (U.S.A.) September 13: Apple has finally unveiled three new iPhones, as well as upgrades for the Apple Watch, Apple TV and Airpod wireless headphones on Tuesday.
Apple launched three iPhones including iPhone X, iPhone 8 and iPhone 8 Plus at an event on Apple’s new campus, at the Steve Jobs Theater here.

Here are the key features of the three iPhones launched in California.

iPhone 8 and iPhone 8 plus:

iPhone 8 and iPhone 8 Plus introduce an all-new glass design with wireless charging. The eighth generation of iPhone has most durable glass ever in a smartphone, front and back. It comes in three colors-silver, space grey and new gold finish that looks like a hybrid between gold and rose gold.

Both iPhones are water and dust resistant and comes in two sizes- 4.7-inch and 5.5-inch with Retina HD displays.

It features a more advanced 12MP camera with an improved sensor and deeper pixels. The dual camera will be just on the iPhone 8 Plus while the iPhone 8 will have a 12MP rear camera.

It is managed by second-generation performance controller and has GPU designed to accelerate experience. The new chip has a new generation Image Signal ISP.

It has a new A11 Bionic chip with four efficiency cores and two performance cores.

Apples’s vision to create an iPhone that is entirely screen, is now a reality with the launch of iPhone X.

Apple’s iPhone X, like the new iPhone 8 and iPhone 8 Plus, comes with a brand new design, ditching bezels and opting for a glass front and back. Apple says there is a deeper strengthening layer in the glass that makes it the “most durable in a smartphone.”

Following the current trend in smartphones, Apple has done away with the bezels on the iPhone X, offering an edge-to-edge 5.8-inch display. It is also offering an OLED display for the very first time, calling it the Super Retina Display.

The iPhone X Super Retina display supports 2046×1125 resolution, with 455 PPI, and HDR in both Dolby Vision and HDR.

The iPhone X is also water and dust resistant. It’s made from surgical-grade, stainless steel and comes in two finishes: space gray and silver.

The latest feature in iPhone X is that it will not have a home button. Given that the home button has historically been central to the iPhone’s security, the replacement comes in the form of a depth-sensing front camera that will unlock the phone by detecting the user’s face. Apple is calling it FaceID.

FaceID is enabled by a True Depth camera system, equipped with an infrared camera, flood illuminator, dot projector and more all packed into the top of your iPhone.

As far as cameras are concerned, the iPhone X’s rear camera features a 12-megapixel sensor, with dual-lenses at f1.8 and f2.4 apertures. It comes with dual-image OIS quad-LED TrueTone flash.

Because of the combination of the new A11 Bionic and the enhanced camera, Apple is introducing a new Portrait Lighting, letting users select their lighting effects

Video is vastly improved, as well. Combined with that A11 processor, video can be captured at 60FPS in low-light mode, with faster frame rate support and 4K capture. Slo-mo videos shot in 1080p will have 240 FPS.

The wireless charging on the new iPhones is coming with a new accessory called AirPower which is a larger mat that lets users charge their iPhones, Apple Watch and AirPods all at the same time.

The battery life of the new iPhone is two hours longer than the iPhone 7.