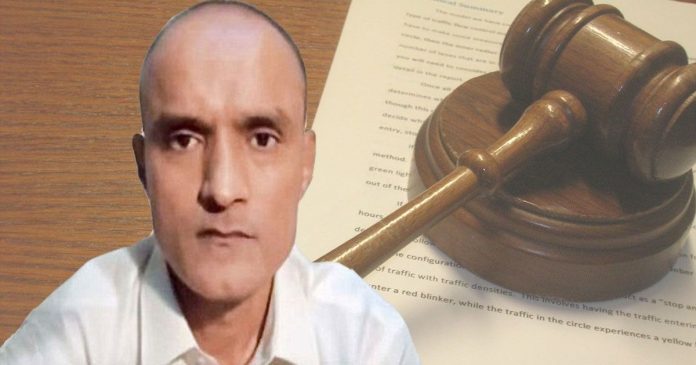 The Hague [The Netherlands]: A four-member team of Indian Government on Wednesday handed over India’s memorial, consisting of written submission in Kulbhushan Jadhav case to the registrar office at the International Court of Justice (ICJ) at Hague.

In response to a query on submission of memorial to ICJ in Jadhav case, the official spokesperson of the Ministry of External Affairs (MEA) said:”India has today, submitted its Memorial (written pleadings) to the International Court of Justice in the Jadhav case involving egregious violation of Vienna Convention on Consular Relations 1963 by Pakistan. This is in furtherance of our application filed before the Court on May 8, 2017.”

India’s written response was submitted to registrar Philippe Couvreur of the ICJ. The contents of the submission will not be made public .The Pakistan will submit counter memorial on or before December 13, 2017.

The Pakistan military court had found Jadhav guilty of espionage and subversive activities in a trial in April this year.

Earlier, in its arguments before the court on May 15, India had expressed its fear that Pakistan could execute Jadhav even before the court gave its verdict. Pakistan had rejected India’s request for consular access 18 times, which is a violation of the Vienna Convention.

India slams the decision and sends a demarche to former Pakistan’s high commissioner Abdul Basit, stating that Jadhav was “kidnapped last year from Iran”, and his trial was “farcical” in the absence of any evidence against him. On May 18, the UN top court asked Pakistan to not execute Jadhav before they decide the case.

Pakistan raised the confession statement of Jadhav as a base of its argument and accused India of using the ICJ for its political theatrics. India asserted that the confession of Jadhav was forcibly taken by the military while in captivity and he was tried by a military court in Pakistan.

He told the court that Pakistan had given India all information regarding Jadhav’s investigation, but didn’t receive any response from New Delhi.

On April 10, Jadhav was given the death sentence by a military court in Pakistan for alleged “espionage and subversive activities”.

Pakistan claims it arrested Jadhav in March last year from its restive Balochistan province, where the China-Pakistan Economic Corridor culminates.

India, however, maintains that Jadhav was kidnapped from Iran where he had business interests after retiring from the Indian Navy.