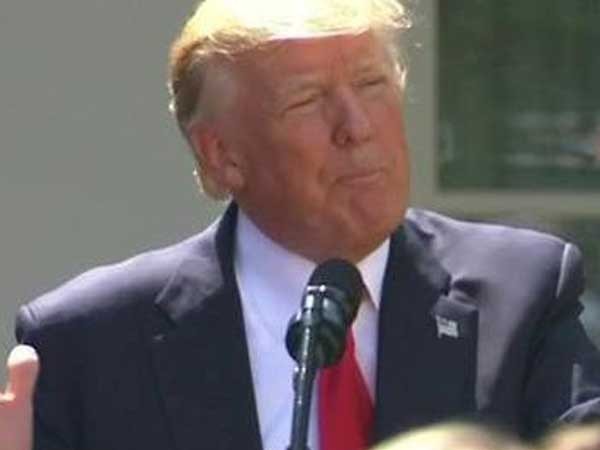 The Supreme Court will hear arguments in two cases that have been consolidated challenging the ban on Oct. 10.

The Hill reported that “in a one-page order signed by Justice Anthony Kennedy, the court temporarily blocked the part of last week’s 9th Circuit Court of Appeals ruling that barred the government from prohibiting refugees that have formal assurances from resettlement agencies or are in the U.S. Refugee Admissions Program from entering the U.S”.

Kennedy said that part of the decision is stayed pending the receipt of a response from the state of Hawaii, which is due by noon on Tuesday.

In its opinion last week, the 9th Circuit also blocked the government from banning grandparents, aunts, uncles and other extended family members of a person in the U.S. from entering the country, reported The Hill.

The Supreme Court handed Trump a partial win in June when it allowed the administration to temporarily block people from six predominantly Muslim countries from entering the U.S. But the court carved out an exemption for people with a bona fide relationship with a person or entity in the country.

But the administration said it decided not to fight the “close-family aspect of the district court’s modified injunction.”

Wall said in his request to the court that that part of the ruling was “less stark” than the nullification of the order’s refugee provision.

“Unlike students who have been admitted to study at an American university, workers who have accepted jobs at an American company, and lecturers who come to speak to an American audience, refugees do not have any freestanding connection to resettlement agencies, separate and apart from the refugee-admissions process itself, by virtue of the agencies’ assurance agreement with the government,” Wall wrote.

“Nor can the exclusion of an assured refugee plausibly be thought to ‘burden’ a resettlement agency in the relevant sense.”

The court was forced to act fast, given that the 9th Circuit decision was set to take effect at 11:30 a.m. on Tuesday.

Wall argued that allowing the 9th Circuit’s ruling to go forward would force the government to “change course” on orders it began implementing on June 29 and invite “precisely the type of uncertainty and confusion that the government has worked diligently to avoid.”