Would love to win all matches against World XI: Sarfraz | Newsmobile
Wednesday, September 28, 2022

Home Sports Cricket Would love to win all matches against World XI: Sarfraz 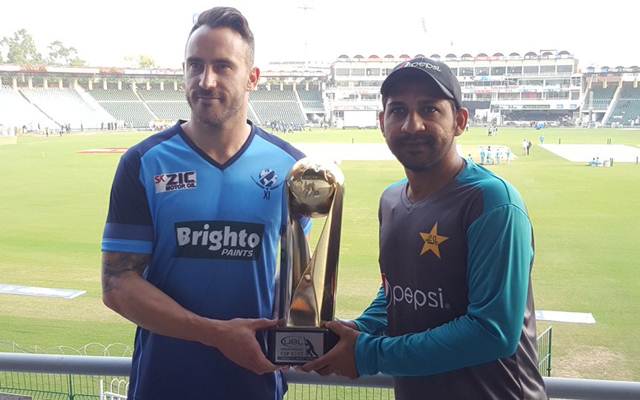 Karachi: Pakistan skipper Sarfraz Ahmed has insisted that he would love to win all the three T20I matches of the Independence Cup against the World XI.

Addressing the media in Lahore, the Pakistan skipper said that they have young team which has the ability to beat any team.

“I would love to win all three matches against the World XI but they have a good team too, so it going to be a good series,” the Express Tribune quoted Sarfraz as saying.

“We have a young team in T20Is. But I am confident that we can give tough competition to the World XI,” he added.

Under Sarfraz, Pakistan has shown the right kind of energy level and passion. The way it upset all calculations in the ICC Champions Trophy 2017 – coming back from defeat against India in the opening game to win the final against the same opposition – was a rare occurrence.

Pakistan, however, will be without Mohammad Amir, whose wife is expecting their first child in London. That will deplete the bowling department, which so famously rocked the mighty Indian team at The Oval in the ICC Champions Trophy 2017 final.