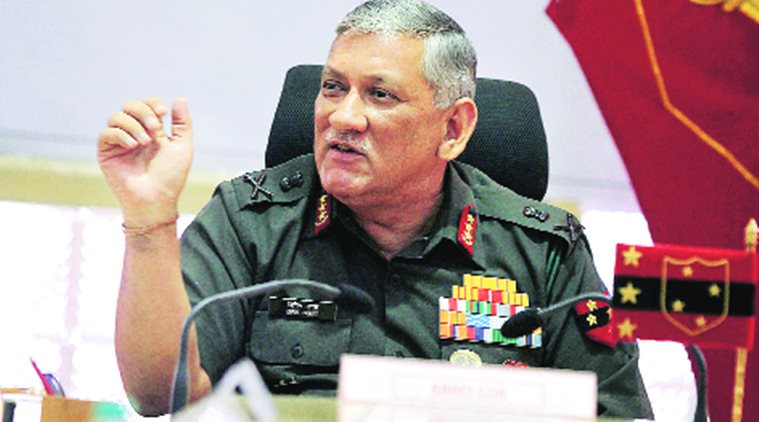 Ghazipur (Uttar Pradesh) [India], September 11: Indian Army Chief General Bipin Rawat on Sunday said that stone-pelting incidents in Kashmir have almost ended and that the terror outfits are being successfully dealt with by the Indian Army.

The Army Chief was in Ghazipur to attend the martyrdom ceremony of Abdul Hamid.

On the question of stone-pelting incidents, he said that such incidents have almost ended because of the army’s actions.

“The stone-pelting has almost ended because we have been successful in ending their operation,” he told reporters.

The Army Chief assured that the situation in Kashmir is comparatively better now, and may not demand a surgical strike in near future.

“The condition in Kashmir is improving if you compare it with the situation during January and February. People there have understood that surgical strikes only end up disrupting the lives,” told General Rawat.

Responding to the question of regular terror attacks in Kashmir, Rawat told reporters that the army was conducting successful operations to curb the menace, and would continue to do so in future.

“If we work successfully, peace will prevail,” he added.

On the question of resolving issues through talks, Rawat said, “The talks are being carried out by the political leadership and the diplomats. We act according to the orders that we receive.”

Speaking on the martyrdom ceremony, Rawat said that Ghazipur was blessed to be the birth place of brave martyrs like Abdul Hamid.

“I want that the martyrdom of Abdul doesn’t go in vain and from here a lot of people join the Army so as to continue this tradition,” he said, adding that “we should be inspired by the martyrdom achieved by such people and encourage the new generation to enlist in the army.”

Impressed by the enthusiasm there, Rawat also said he will soon enlist a person from Ghazipur into the army.

“We can train the youth from this place here so that they can be sent to the defence institutes, as opening colleges here will take time,” he added.

In a remark on the recent disengagement of Indian and Chinese troops from Bhutan’s Doklam territory, General Rawat said that the situation was normal there, as of now.

“There has been a settlement between the leaders of both the countries and we expect that both countries to stand by it,” he added.