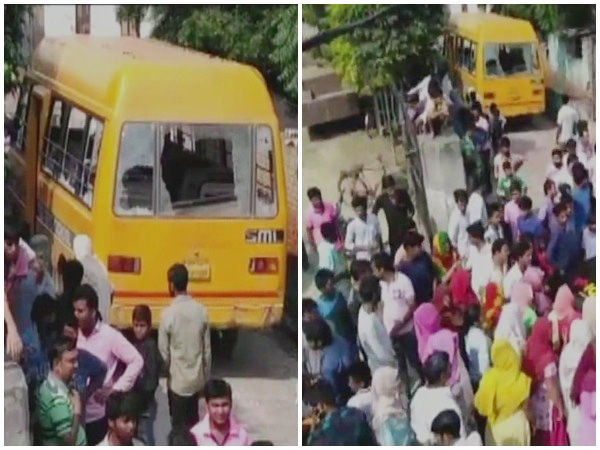 Ghaziabad: A six-year-old student on Saturday died after being run over by a school bus in Kavi Nagar Police Station area.

Deceased Soumya was a student of Silver Sign School who was returning to her home from school. The incident happened on National Highway number 24.

The bus driver, Rajvir, has been arrested. According to the driver, the incident happened when he was reversing the bus.

After the incident, an agitated mob vandalised the bus and attempted to set it on fire.

Further investigation is on.