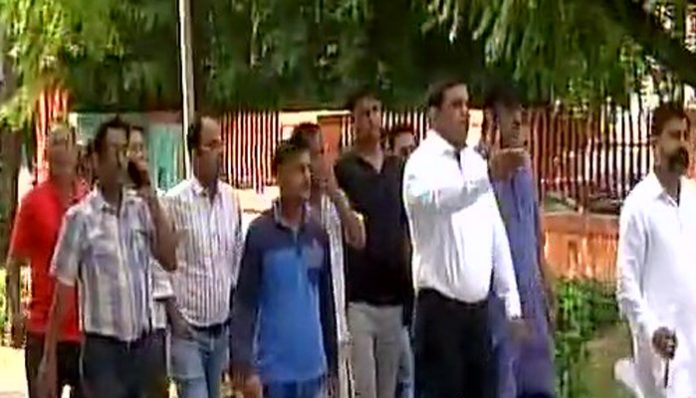 New Delhi: Some new revelations in the shocking murder case of 7-year old in Gurugram’s Ryan International School has revealed the pathetic attitude of the school administration. Parents of one of the classmates of the 7-year-old child, who was allegedly sexually abused and killed by school bus conductor on Friday morning, alleged on Saturday that her daughter was asked to clean the blood-stained water bottle of the child victim by the school staff after the incident.

“The school staff asked my daughter to take out the blood-stained water bottle of the class 2 student and clean it. They even asked few other students to take out his school diary from his school bag. I want to know why the school management acted so irresponsibly and made the young children to do such task,” parents of one of the girl students told reporters.

“The children are so much scared after the incident and don’t want to go to school anymore,” said a parent of another child.
The body of the class II student, with his throat slit, was found lying on the toilet floor in his pool of blood at the school located at Bhondsi in Gurugram on Friday. Hours after the incident, the Gurugram Police confirmed that the accused bus conductor was arrested. As per police, the accused had attempted to sexually assault the child before killing him.