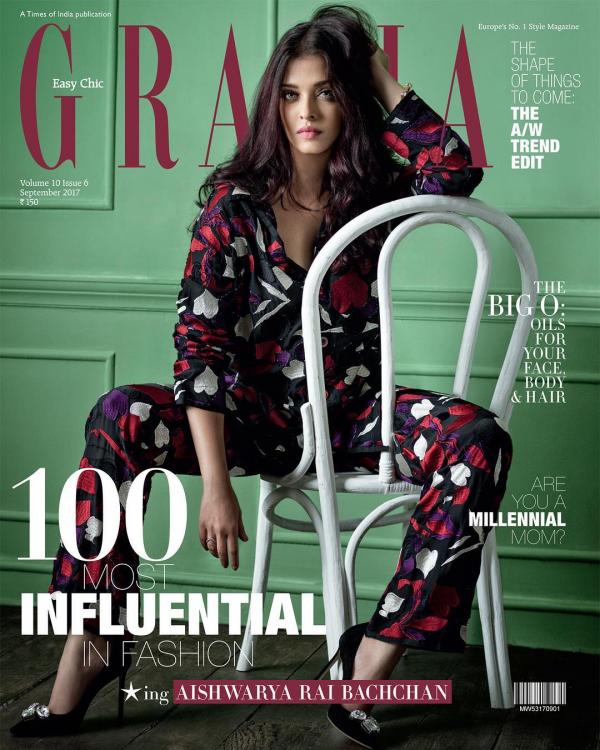 Whenever we talk about fashion, one of the first few that pops up in our mind is the diva Aishwarya Rai Bachchan.

Establishing the thought yet again, the blue-eyed beauty graced the cover of the latest issue of Grazia that features ‘100 Most Influentials in Fashion.’

She is seen casually sitting on a chair, “wearing Sanchita, jimmy choo and Isharya X Crystals from Swarovski,” as stated by Grazia on its Instagram handle.

“Aishwarya Rai Bachchan is the star of our September issue. She is wearing Sanchita, jimmychoo and Isharya X Crystals from Swarovski.”

Add on to it is her minimal makeup, loose hair and that attractive look.

On the work front, will be next seen with Anil Kapoor in musical comedy ‘Fanney Khan.’

The film is directed by Atul Manjrekar and produced by Rakeysh Omprakash Mehra, KriArj Entertainment and T-Series.

The film is the official remake of the Oscar nominated Dutch 2000 film ‘Everybody’s Famous!’ directed by Dominique Deruddere.

‘Fanney Khan’ will hit the theatres in April 2018.