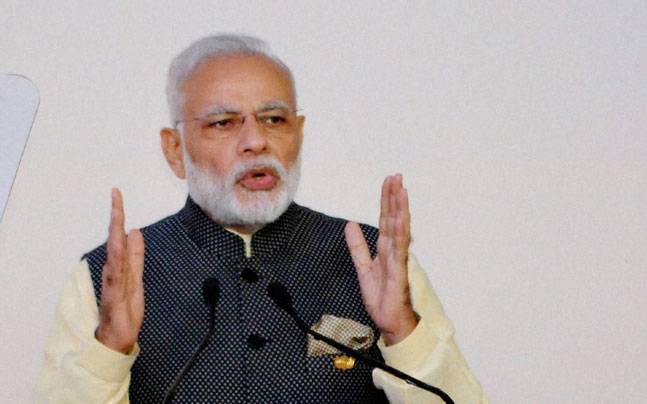 Prime Minister Narendra Modi is likely to raise the issue of terrorism spread around the globe, and in specially in the rigion of Asia and South Asia at the upcoming Brazil-Russia-India-China-South Africa (BRICS) Summit to be held in Xiamen in China’s southwestern Fujian Province, This decision comes hours after Beijing appeared to suggest that it would view any reference to Pakistan at the meeting with a feeling of discomfort.

“Apart from economic cooperation, there are other issues of interest, i.e. threat of terrorism. There are certain developments in the world which are important to be addressed, and I’m sure, leaders in the BRICS meeting are bound to look at it, including the scourge of terrorism, which has been the most important subject for India,” Secretary (East) in the Ministry of External Affairs Preeti Saran said.

“These are global developments and we have been discussing about it and, terrorism is something which is an issue that affects the entire international community. BRICS countries themselves have been victims of terrorism. So, it is bound to be discussed,” she added.

“India had raised it (terrorism) at the last BRICS Summit in Goa in October 2016 as well, and, I’m sure that the issue of terrorism will again figure at the summit between the leaders of the BRICS countries as well. We are looking at the summit very positively, so as to come out with a strong outcome, and Prime Minister Narendra Modi is looking forward to participate in this summit,” Saran said.

At the last BRICS Summit in Goa in October 2016, Modi had referred to Pakistan as the “mothership of terrorism”.

“India attaches a lot of importance to the BRICS as a grouping and we think it is very important for regional and global stability, especially at a time when there is state of uncertainty in the world,” Saran further said.

The Ministry of External Affairs stressed that India is looking to build upon the positive impetus given to the previous BRICS Summit in Goa.

Saran said, “We also regard BRICS as an important economic platform and a very strong voice for developing countries to come together to push for issues of interest to us, including in terms of the concept of global architecture.”

Earlier, China has raised concerns about India raising the issue of terrorism at the BRICS Summit.

Chinese foreign ministry spokesperson Hua Chunying said that concerns over Pakistan’s terrorism record is not an “appropriate topic” to be discussed at the BRICS Summit.

“We noticed that India, when it comes to Pakistan’s counter-terrorism, has some concerns. I don’t think this is an appropriate topic to be discussed at BRICS Summit,” Chunying said, suggesting that Beijing will be averse to any kind of criticism of its close ally during the summit deliberations in Xiamen.