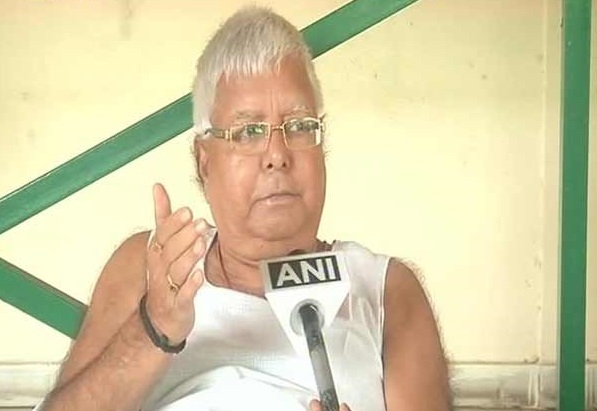 Taking a dig at the Bihar Chief Minister, Nitish Kumar over the Janata Dal (United) ( JD(U) ) not getting a berth in the morning’s Cabinet expansion, Rashtriya Janata Dal (RJD) supremo, Lalu Prasad Yadav stated that one who leaves his people won’t be taken in by others.

Speaking from Patna, he said, “The JD(U) didn’t even get an invitation in the oath ceremony. One who leaves his people won’t be taken in by others. It’s Nitish Kumar’s fate.”

Lalu added that the Bharatiya Janata Party (BJP) cocked a snook at turncoat (palturam) Nitish by not indicting anyone from the JD(U) in the Cabinet.

He further suggested that the former Bihar Chief Minister and pro-Dalit leader, Jitan Ram Manjhi should have been given a place in the Cabinet.

Lalu’s comments come in the wake of Nitish undoing the ‘mahagathbandhan’ in Bihar and joining hands with the BJP to be sworn-in as the Chief Minister the very next day.

What ensued in the state was no less than a political drama of sorts, wherein the JD(U) and the BJP left no stone unturned to corner the RJD over the corruption allegations slapped against Lalu and his family, and vice versa.

Meanwhile, the Cabinet rejig saw the promotion of as many as four Ministers of State to the rank of Cabinet ministers.

Piyush Goyal, the Minister of State with Independent Charge for Power, Coal, New and Renewable Energy and Mines, was also sworn-in as the Cabinet minister.

Other ministers who were sworn-in are: