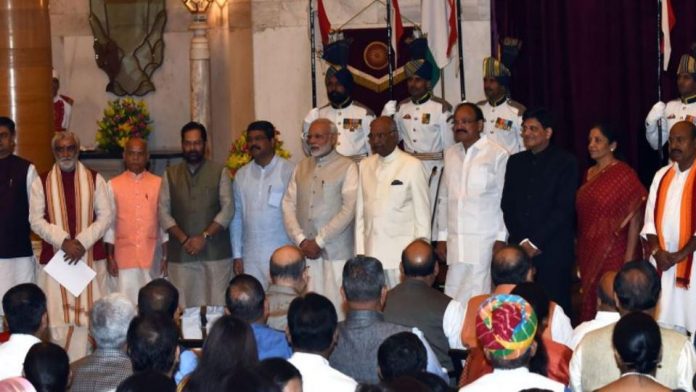 India’s Union Cabinet reshuffle saw nine new entrants. Out of them, four are career civil servants and well known for their good work.

There inclusion was done with an eye to get professionals to join with their domain expertise in the council of ministers.

Those upgraded to full mnisterial berths are also known to have performed exceptionally well in their roles as ministers of state or junior ministers.

Among the ones who were upgraded are, Dharmendra Pradhan who had impressed the PM with his transparent and clean working style. He comes in from Orissa where the Bharatiya Janata Party (BJP) wants to make inroads before the next general elections.

The selection of Ashwani Chaubey, Lok Sabha MP from Bihar and a Brahmin leader sends out a strong message that the BJP is wooing the forward castes in the run-up to the 2019 polls.

Piyush Goyal was elevated to a full-fledged Cabinet rank. He is an important connect point for the party and a performer who is also an active fund raiser for the party.

Shiv Prasad Shukla another important Brahmin leader from UP was picked up to send out a direct and important political message to the state ahead of 2019.

Mukhtar Abbas Naqvi, the only Muslim face of BJP to get elevated to a full ministerial rank also sends a message to voters in UP. He has also performed well as a Minister of state.

Nirmala Sitharaman a JNU alumnus and a quiet performer is also the south Indian face for the BJP. She hails from Hyderabad. Her elevation is also for filling up the void left by the elevation of Venkaih Naidu as the Vice President of India.