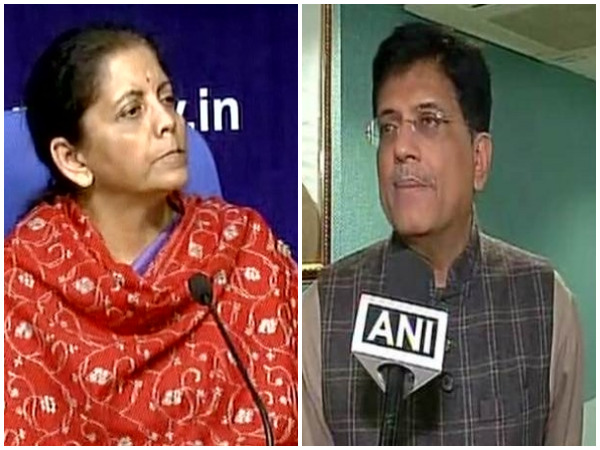 Soon after the morning swearing-in ceremony, the Modi government has come out with the new list of ministries as well. The Prime Minister himself has already left for the BRICS summit leaving the nation in the able hands of his freshly-minted Cabinet.

Union Minister Piyush Goyal has been given the charge of Railway Ministry, post the mega Cabinet rejig this morning.

This comes after Suresh Prabhu formally bade adieu to the ‘rail family’ on Twitter, earlier in the day. He has now been assigned the portfolio of the Minister of Commerce and Industry.

Goyal has also been declared as the Minister of Coal. He has been responsible in bringing about a turnaround in power production and delivered on the government’s plan to electrify villages.

Nirmala Sitharaman has been assigned the charge of the Defence Ministry, becoming only the second woman to hold the post since late Indira Gandhi.

The post of the Defence Minister fell vacant after Manohar Parrikar rejoined Goa state politics to become the Chief Minister of the state.

Following this, Finance Minister, Arun Jaitley took over, but only recently, he had hinted that he would not remain the Defence Minister for long.

Dharmendra Pradhan has been promoted to the Cabinet rank of Minister of Petroleum and Natural Gas; and Minister of Skill Development and Entrepreneurship.

The Cabinet reshuffle saw the promotion of Mukhtar Abbas Naqvi, the Minister of State for Parliamentary Affairs, as well, apart from the above-mentioned three to the rank of Cabinet ministers.

Naqvi has been now made the Minister of Minority Affairs.

Other key highlights of the reshuffle were: