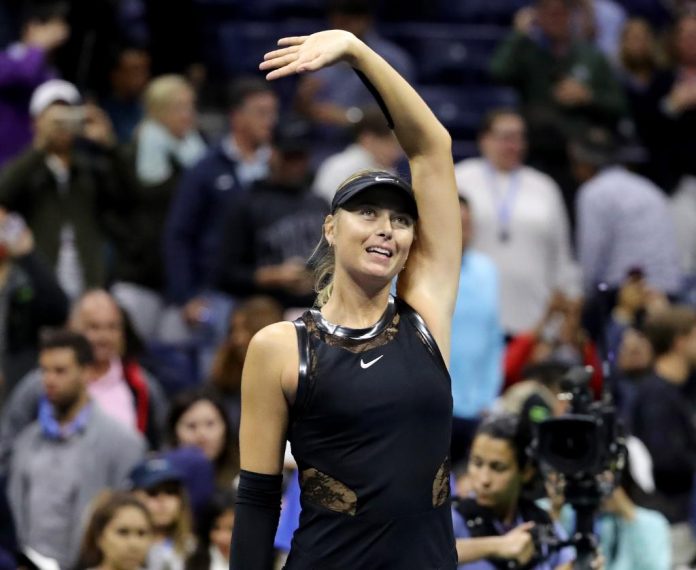 Russian tennis star Maria Sharapova overcame a tenacious challenge from teenaged American wildcard Sofia Kenin to enter the fourth round of the US Open for the first time since 2014.

Sharapova, who is playing her first major after coming back from the 15-month doping ban after receiving wildcard, produced a rich vein of form to withstand a stern test from her American opponent 7-5, 6-2 in a thrilling third round contest of the women’s singles event that lasted one hour and 43 minutes.

The duo treated the crowd at the Arthur Ashe Stadium with an intruging battle, with Kenin rebounding strongly from a 1-4 deficit to keep within reach of causing the upset in the first set.

However, Sharapova held her nerve and converted her first set point opportunity to take the opening set. The Russian tennis player continued the momentum in the second set to withstood another surge from Kenin and clinch one of the best points of the tournament which eventually resulted in her victory.

Sharapova will now cross swords with Anastasija Sevastova of Latvia for a place in the quarter-finals.

It should be noted that the five-time Grand Slam champion headed into the fourth major of the season, having played just one match since her return to tennis in May.

Sharapova withdrew from the recently-concluded Cincinnati Masters with a left forearm injury. The same injury had also forced her to withdraw from the Bank of the West Classic after winning her first match, and the Rogers Cup in Toronto.