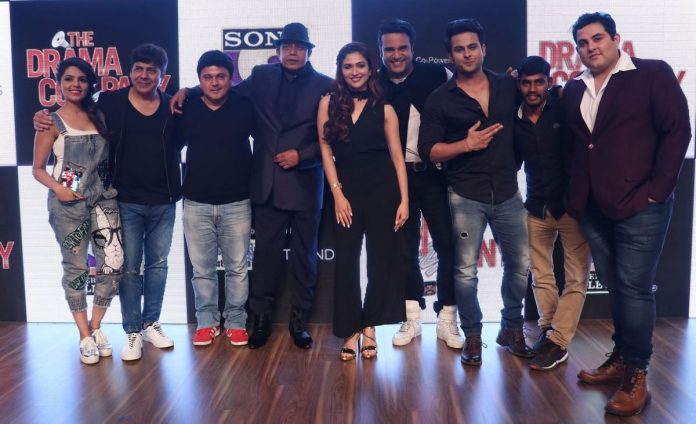 The cold war between the two comedians- Krushna Abhishek and Kapil Sharma is so evident on-screen after they fought and separated. There were rumors about the Krushna Abhishek’s show ‘The Dream Company’ replacing ‘The Kapil Sharma Show’, but this time this is indeed true.

According to the reports, a spokesperson from the channel has confirmed, that due to Kapil Sharma’s ill-health, he mutually agreed with the channel to take a short break and return after he recovers completely. “Once Kapil has recovered completely, we will start shooting once again. We value our relationship with Kapil and wish him a speedy recovery,” the spokesperson said.

To everybody’s amazement Upasana Singh, who plays the role of Bua in Kapil Sharma’s is also a part of Krushna’s new show. “I feel immensely proud to work at The Drama Company. I readily agreed to work as I have worked with Neeti and Preeti Simoes (producers of the show) very closely in the past (they also produced Kapil Sharma’s two shows) and they are my really good friends. I will be a guest performer on the show for a few episodes,” she says.