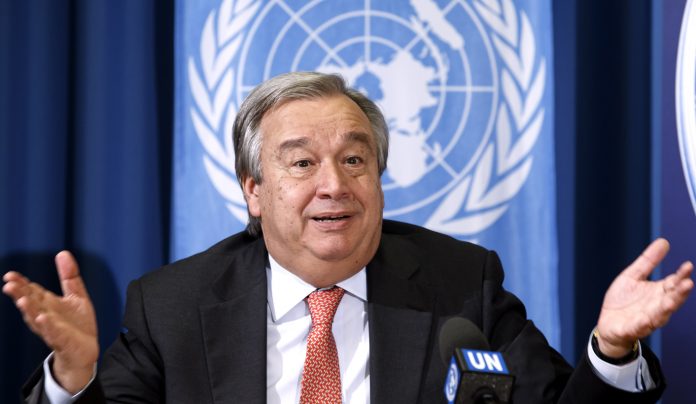 New York: United Nations Secretary-General Antonio Guterres has urged all countries to sign and ratify the Comprehensive Nuclear-Test-Ban Treaty (CTBT) to make every effort to get the agreement into force.

“More than 2,000 nuclear tests have been conducted over the past seven decades – from the South Pacific to North America, from Central Asia to North Africa. They have harmed some of the world’s most vulnerable peoples and pristine ecosystems,” the Secretary-General said in his message for the International Day against Nuclear Tests.

Concerned over the continued nuclear tests by North Korea, Guterres has said the signatories to ratify a global treaty that bans nuclear explosions on the Earth’s surface, in the atmosphere, underwater and underground.

To date, 183 countries have signed the CTBT and 166 have ratified it. For the treaty to enter into force, ratification is required from eight more of the so-called Annex 2 States. Of these, China, Egypt, Iran, Israel, and the United States, have yet to ratify it.

DPRK, India and Pakistan are among the 13 countries that have not signed the CTBT.

“I urge all countries yet to join the CTBT to do so as soon as possible,” Mr. Guterres said. “For almost 20 years, a global norm has existed against nuclear testing based on voluntarily unilateral moratoriums. I applaud this restraint, but it is not enough.”

Guterres condemned North Korea’s action of testing a ballistic missile in violation of Security Council resolutions and noted that tests by Kim Jong -un demonstrate that “even the strongest norm is no substitute for a legally-binding prohibition.”

The comments come on the International Day against Nuclear Tests, which is observed annually on 29 August, following the declaration of that day in a resolution unanimously adopted by the UN General Assembly in 2009.

The resolution called for increasing awareness and education “about the effects of nuclear weapon test explosions or any other nuclear explosions and the need for their cessation as one of the means of achieving the goal of a nuclear-weapon-free world.” The resolution’s adoption also commemorated the closure of the Semipalatinsk nuclear test site in Kazakhstan in 1991.