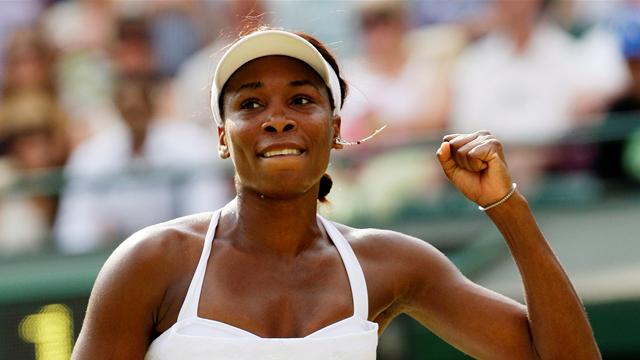 Seven-time Grand Slam champion Venus Williams kicked off her campaign at the US Open on a promising note as she swept aside Slovakia’s Viktoria Kuzmova to move into the second round of the women’s singles event here on Tuesday.

After comfortably winning the first set, the two-time US Open winner struggled in the second before she rebounded strongly to register a 6-3, 3-6, 6-2 victory over 19-year-old qualifier Kuzmova in a tough opening-round encounter that lasted for one hour and 43 minutes.

ALSO READ: Andy Murray pulls out of US open; check out why

Reflecting on her win, Venus admitted that her Slovakian opponent played exceedingly well and that she had to work really hard to emerge out victorious.

“She played amazing. She played well, served well, competed well. Definitely a match I had to earn,” Venus said following the match.

The American, who moved into the second round of the US Open for the 19th time in her storied career, came into this clash with an 18-0 record in first-round matches at the Flushing Meadows.

Venus is bidding to clinch her third US Open crown next month after reaching the Wimbledon and Australian Open finals this year.

The 37-year-old, who has not won the title at Flushing Meadows since 2001, had earlier made it to her first Grand Slam final since 2009 when she slumped to a defeat at the hands of Garbine Muguruza at Wimbledon earlier this year.

A victory in the finals of the third major of the season would have made the American the oldest female Grand Slam champion in the Open era and could see her return to the top of the world rankings for the first time since July 2002.