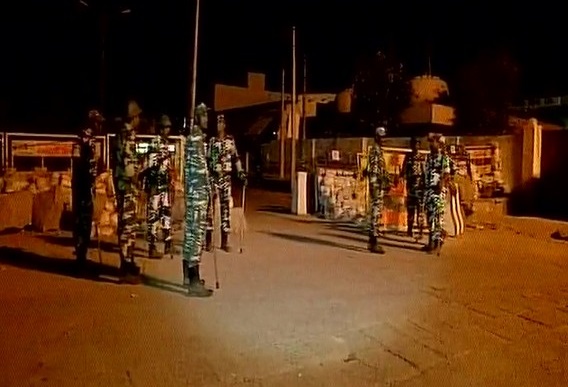 The comprehensive arrangements have been made to maintain law and order across Punjab and Haryana. The activities of anti-social elements are being closely monitored by the district administration with senior police personnel carrying out a flag march.

At least 36 Duty Magistrates and Police officers have been deployed by the district administration that is continuously monitoring the law and order situation in the violence-hit districts.

The district magistrate has also appealed to the villagers not to pay any attention to any rumour of anti-social elements and in such situation can contact on telephone no. 01746-234223 of the control room.

The broadband and Internet lease lines in premises of the Dera Sacha Sauda, Sirsa have been suspended until August 29. However, voice calls on mobile networks are not affected.

The Section 144 will remain in effect till further orders.

Earlier in the day, Sirsa Deputy Commissioner Prabhjot Singh said that the blockades have been installed at all points since the judgment is coming tomorrow.

“We appeal to the people of media to not go to that side because our operation is underway.Some media personnel did not go in front of our army and also travelled through streets in private cab.Such adventures should be avoided by media.