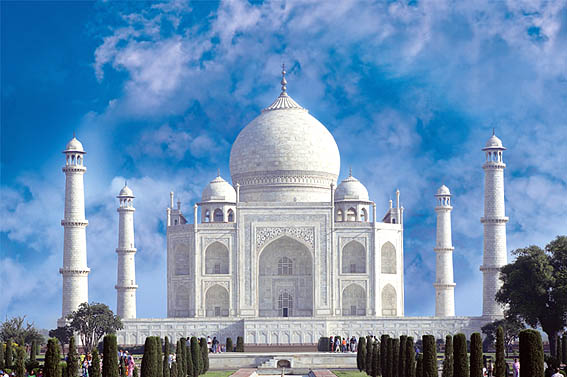 Taj Mahal is one of the most beautiful man-made wonder of the world and now one of the most disputed architectural wonders in India, with much debates revolving around the monument’s alleged origin as a Shiva temple ever since a book ‘Taj Mahal: The True Story’ by P N Oak raised this issue.

According to the believers of this theory, ‘Tejomahalay’, the Shiva Temple built by Raja Jai Singh, is believed to have stood at the exact same spot where the Taj Mahal now stands, and the temple’s building was allegedly assumed by Shah Jahan to bury his wife Mumtaz in the ‘Sanctum Sanctorum’ of that temple, after Raja Jai Singh removed the Shivalingam from the temple and made a new temple elsewhere.

An idea which has been mostly been avoided by history buffs and the tourism industry alike, this theory pops up at various courts of the country from time to time, with petitioners demanding that the Archaeological Survey of India and Central Government declare the ‘truth’ about the Taj Mahal.

Answering a similar court case, lodged by some Lucknow based lawyers in the Agra Civil Court, the Central Government again filed an affidavit on 24th August 2017, claiming that the Taj Mahal had been constructed by Shah Jahan and there were no proofs of any temples having existed at the place. The affidavit has also referred to a judgment of the Supreme Court that no matters pertaining to the Taj Mahal can be heard at the local or high court level.

Talking to the media, an ASI official said that this writ had been filed in the Agra Civil Court on 8th April 2015 by Lucknow based Hari Shankar Jain and his 5 of his friends, making the ASI and Central Government as respondents. The writ asserted citing some alleged ‘proofs’ that the Taj Mahal is actually TejoMahalaya.

Now, with the ASI and Central Government denying this assumption made by the petitioners, the lawyer of the petitioners has filed an objection to this reply. The next date for the hearing has been set for 11th September.

According to the available information, the Central Information Commission has also asked the Central Government to clarify whether the Taj Mahal had been constructed by Shah Jahan or was it a temple which had been given to Shah Jahan by Rajput Kings as a gift.

ALSO READ: From nutrients to tools: Astronaut’s urine could boost supplies in space

Social activist Amir opined that these frequent disputes over the Taj Mahal’s origins as a temple or as a tomb create a bad impression of India in the international community and the Supreme Court should settle this issue once, so that it does not come up again and again through people who are only seeking publicity for themselves.