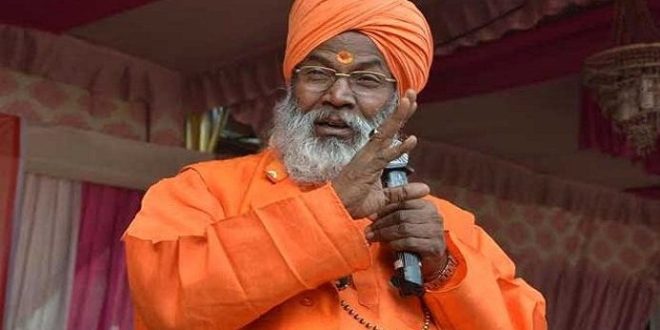 The BJP MP had came out in support of Gurmeet Ram Rahim after the Dera Sacha Sauda chief was convicted in a rape case by a Central Bureau of Investigation (CBI) court in Panchkula yesterday.

Congress leader, Manak Agarwal said that they would write a letter to the Speaker, Sumitra Mahajan to cancel Maharaj’s membership from the Lok Sabha.

“Sakshi Maharaj should not question the judiciary system. We will write a letter to Sumitra Mahajan asking her to cancel the membership of Maharaj from Lok Sabha,” Agarwal said.

Yesterday, soon after the verdict and amidst news of widespread violence in many parts of the country, Sakshi Maharaj said, “Crores of people follow him (Gurmeet Ram Rahim). Why are we not listening to them? Why are we listening to one person (the victim). Gurmeet Ram Rahim is a noble soul. This is a conspiracy to defame Indian culture and the holy people. If there is further violence, the courts will be responsible.”

“Sakshi Maharaj’s statement has hurt the sentiments of the people of the country, especially women. Prime Minister Narendra Modi should take cognizance of his remark and take stern action against him,” he said.

At least 29 people were killed, including two women and a child, and more than 250 injured as violence erupted in Haryana and Punjab after the Dera Sacha Sauda chief was convicted in the rape case.

The quantum of punishment for Gurpreet Ram Rahim will be pronounced on August 28.

After being convicted, the Dera Sacha Sauda chief was taken to Rohtak by a helicopter.