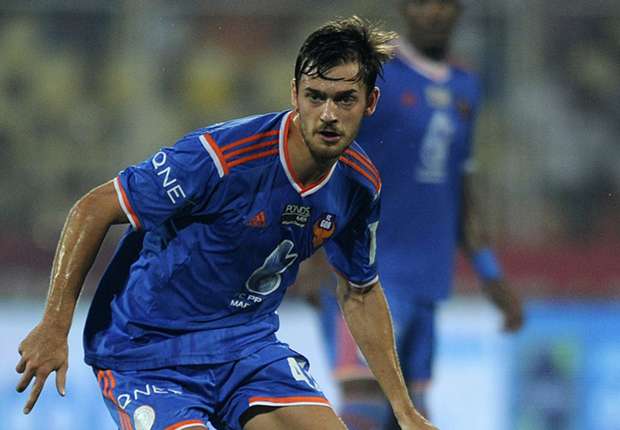 FC Pune City has bolstered their midfield by re-signing Jonatan Lucca for the fourth edition of the Indian Super League (ISL).

The 23-year-old represented FC Pune City in 2016 edition, making 14 appearances for them.

Speaking on bringing back the Brazilian midfielder, FC Pune City CEO Gaurav Modwel said, “Lucca is a proven performer and a fan favourite too. He played close to 90 minutes in each of the games last season. Young and dynamic, Jonathan feels at home in Pune and believes he can best express himself as a player at FC Pune City.”

The Brazilian youngster began his career with local Brazilian club Internacional when he caught the eye of AS Roma. In his three-year stint with the Giallorossi, the midfielder scored nine goals in 32 appearances.

Expressing his excitement, Lucca said that he is looking forward to his second stint with FC Pune City.

“At FC Pune City, without a doubt, I got one of my best playing experiences. The team this season has gathered some quality signings and I am sure donning the Orange & Purple will only add further value to my career. Orange Army, here I come.”