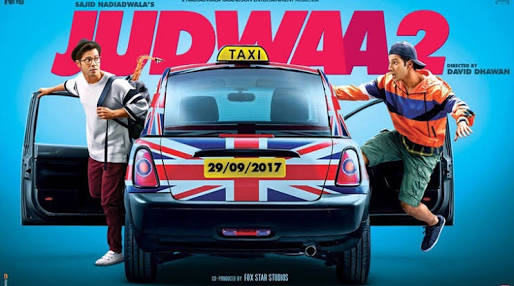 New Delhi [India], : ‘Judwaa 2’s unprecedented trailer has become the most viewed one for a comedy film in the history of Bollywood. The makers of ‘Judwaa 2’ released the trailer in too much fanfare as 100 identical twins from across the country came over to Mumbai to unveil the trailer with the star cast of the film. And the trailer has taken the Internet by storm since then.

Be it Varun Dhawan’s comic timing, his performance as Raja and Prem in this double role film, his on screen chemistry with the two hotties Taapsee Pannu and Jacqueline Fernandez or the high-octane action sequences and the smashing songs, the audience is going gaga over the trailer.

‘Judwaa’ was a rage back in the 90’s and reliving the memories with ‘Judwaa 2‘ has got the fans excited.

The David Dhawan directorial, which is produced by Nadiadwala Grandson Entertainment Pvt Ltd, is slated to release on September 29.