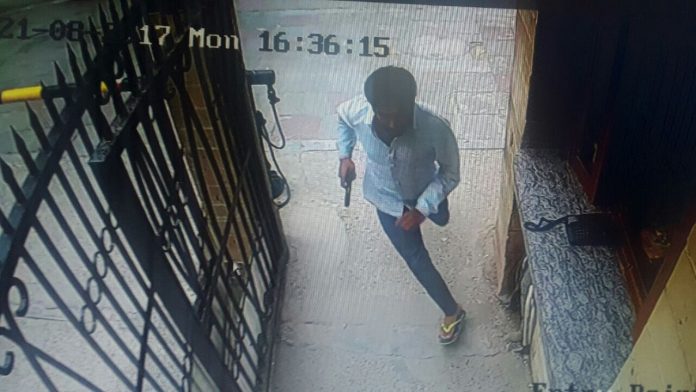 Two criminals armed with pistols attempted to escape the police by entering a residential society in Dwarka Sector 6, Delhi on Monday. The police acted swiftly to apprehend the criminals and cautioned residents to ensure their safety. Policeman from various districts gathered at the location to search for the criminals and after one hour were able to capture one criminal.

The criminals were spotted driving in a stolen vehicle, coincidentally by the owner of the vehicle, who acted quickly to report the matter to the nearest traffic policeman. The traffic police gave chase to the criminals, and continued the chase even after the criminals abandoned the car due to heavy traffic. The criminals also fired upon the chasing policeman, which fortunately did not hurt anyone.

While fleeing on foot, the criminals attempted to escape by entering the residential area. By this time, police from various nearby districts had become involved and were carrying out a search through the society, culminating in the arrest of one criminal. The search for his accomplice continues.