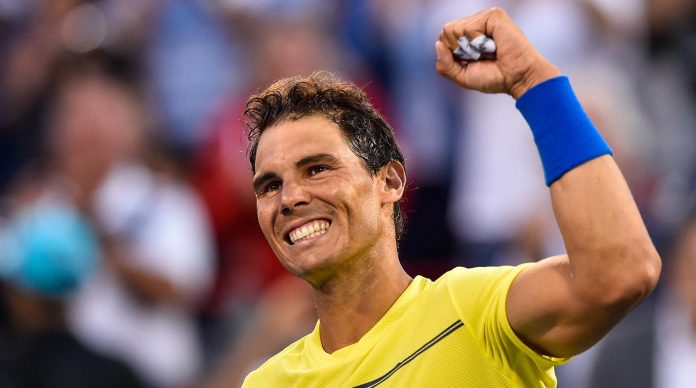 Paris [France]: 15-time Grand Slam champion Rafael Nadal on Monday returned to the top of the ATP Rankings for his fourth stint at the pinnacle of men’s professional tennis, almost nine years to the day since he first became No. 1.

Nadal, who has already spent 141 total weeks at numero uno spot, replaces Andy Murray, who had held the top spot for 41 weeks since November 7, 2016.

He will now look to stay ahead of his great Swiss rival Roger Federer and finish atop the year-end ATP Rankings for the first time since 2013 and for the fourth time in his career (2008, 2010, 2013).

“Being No. 1 after all the things that I have been going through the last couple of years is something unbelievable, so [it] is, for me, an amazing achievement to be back to that position after [a] few years, three years,” said Nadal.